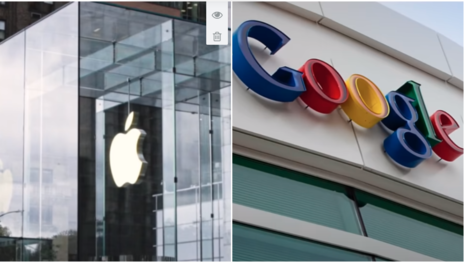 Arizona has joined the growing number of states fighting back against Big Tech tyranny, but Apple and Google have reportedly not taken this affront to their power lying down.

As it stands, Apple and Google take a “15% to 30% cut” from app sales, Protocol explained.

Unsurprisingly, Apple and Google began to push back against the bill immediately. Lobbyists for Apple and Google “started storming into the state” before the bill was “even formally introduced,” Protocol reported.

Not only have both companies begun lobbying against the legislation, they went the extra mile and “hired probably almost every lobbyist in town,” Cobb told Protocol.

A growing number of states have begun to take action against Big Tech, and their actions could inspire other states to do the same. North Dakota considered legislation similar to Arizona’s in February, but the bill ultimately failed. Still, Nebraska and Iowa have introduced legislation to hold Big Tech accountable for censorship, and Florida has been developing similar legislation. The Virginia House of Delegates and New York legislature have each introduced legislation to give consumers more agency over their personal data. Maryland, meanwhile, already passed a tax on digital ad revenue.