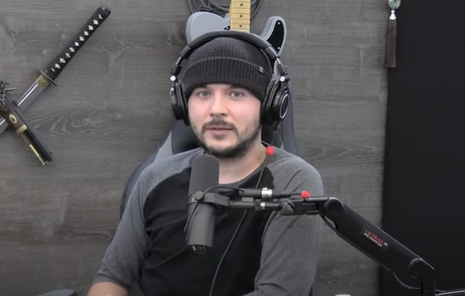 Pool took to Twitter to blast NewsGuard for its sloppy work: “News Guard has had to issue several corrections already on their false and misleading statements about Timcast.com.” In addition, Pool said the firm “fabricated a quote from me and they have not issued a correction notice in violation of their own correction policy.” NewsGuard’s label, which rates Timcast.com with a 82/100, rebuked the website for allegedly not gathering and presenting information “responsibly.” Talk about irony.

NewsGuard issued a “Corrections” note at the bottom of its Timcast.com “Nutrition Label” that illustrated how the entire write-up smacked of pure incompetence:

An earlier version of this Nutrition Label mischaracterized one of the site’s podcasts and one of Pool’s quotes, inaccurately referred to Pool as Timcast’s top editor and incorrectly described Pool’s previous roles at Vice news and Fusion. NewsGuard apologizes for the errors.

News Guard has had to issue several corrections already on their false and misleading statements about https://t.co/ywk7kUlRrO

Further the article fabricated a quote from me and they have not issued a correction notice in violation of their own correction policy pic.twitter.com/w6GwzevjK5

Pool ripped the firm in a tweet thread for “false statements about our show Tales From the Inverted world and issued an opinion statement on Cast Castle.” The podcast host added these statements “show they did not perform an adequate review of the site, only specific sections and do not abide by their own standards.”

Pool is right on point. NewsGuard continues to rate the liberal newspaper USA Today with a perfect 100/100 score even after a major journalistic scandal involving at least 23 stories that included fabricated sources. Pool pointed out NewsGuard’s blatant double standard when it came to the legacy liberal newspaper:

NewsGuard says we are not responsible because out of 3,892 articles around 5 either were too similar to other outlets reporting or did not provide fact checks on quotes. They refuse to say USA Today, which admitted to fabricating 23 stories, is irresponsible.

NewsGuard’s label for USA Today hilariously praises the newspaper because it supposedly “[g]athers and presents information responsibly, “[d]oes not repeatedly publish false content” and “[r]egularly corrects or clarifies errors.” What a joke.

NewsGuard didn’t just screw up its “Nutrition Label” for Timcast.com. In a recent case, NewsGuard committed a major self-own in its updated Fox News Digital “Nutrition Label,” failing the website with a 57/100 red shield rating. One of NewsGuard’s contentions with Fox News is that the news outlet allegedly fails to handle “the difference between news and opinion responsibly.”

Apparently, NewsGuard couldn’t correctly discern the difference, either. A “Corrections” note put at the bottom of its “nutrition label” scorecard for Fox News admitted that an earlier version falsely “referred to Sean Hannity, Tucker Carlson and Laura Ingraham as anchors [who cover the news] instead of hosts [who lead opinion shows], of their nighttime Fox News Channel programs.”