Twitter’s Board of Directors told the platform's shareholders to accept the world’s richest man’s $44 billion takeover deal, according to a new government filing. 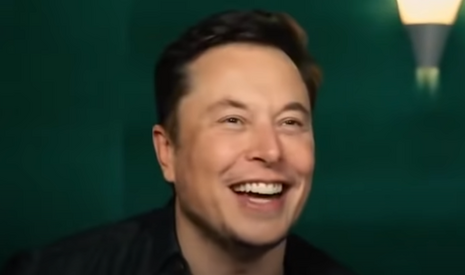 The Associated Press analyzed that “If the deal were to close now, investors in the company would pocket a profit of $15.22 for each share they own.” This latest episode in the ongoing Twitter acquisition saga comes after the censorship-obsessed platform reportedly caved to Musk’s demands for the raw data on bot accounts.

Musk also apparently triggered Twitter employees when he reiterated his support for free speech during an all-staff call June 16. “I think people should be allowed to say, you know, pretty outrageous things that are within the bounds of the law,” Musk stated. “The standard is much more than not offending people….The standard is — should be — that [Twitter users] are very entertained and informed.”

MRC Free Speech America’s CensorTrack team has been on the frontlines exposing how Twitter in particular unleashed a vendetta to wipe out any speech that contradicts the leftist narrative on gender, politics, economics and other things. In fact, out of the 3,957 total cases of Big Tech censorship logged in MRC CensorTrack’s database, a whopping 2,153 of those cases (54 percent) were from Twitter alone.

The most notorious examples of Twitter censorship logged in MRC CensorTrack’s database involved the New York Post bombshell on the Hunter Biden laptop scandal prior to the 2020 election.

A recent MRC CensorTrack study analyzing how Big Tech companies censored people who shared the story revealed Twitter to be the worst of them all. Not only did Twitter lock the Post’s account for 17 days for reporting the now-verified news, it even targeted one of the most powerful committees in Congress.

The GOP House Judiciary Committee tweeted the following: "Twitter has blocked users from tweeting the link to the @nypost's story on Hunter Biden. So we put it on our website for you to read and share." 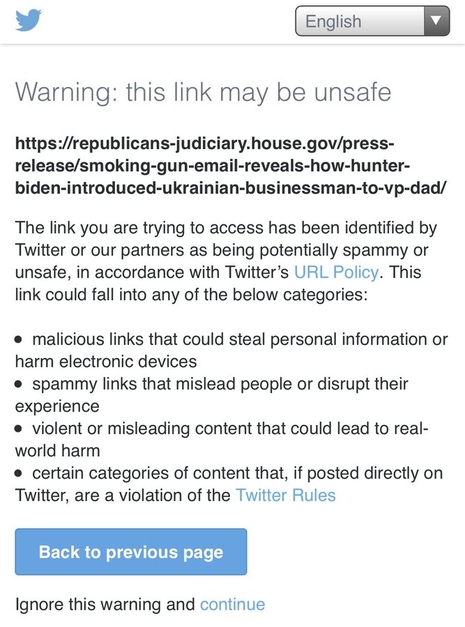 The committee published a press release that contained a republished version of  the New York Post article. The press release also linked to the original story. When users attempted to click the link to the official press release, they received a notice titled: "Warning, this link may be unsafe."

MRC CensorTrack found that users could not tweet the story or any pictures of or included in the Post story.  Big Tech’s overall cancellation of the Hunter Biden story helped shift the 2020 election in Biden’s favor. A whopping 45 percent of Biden voters surveyed in a Media Research Center poll weren’t aware of the Hunter Biden scandal in part because Big Tech censored it. In fact, full awareness of the Hunter Biden scandal would have led 9.4% of Biden voters to abandon the Democratic candidate, flipping all six of the swing states he won to former President Donald Trump, giving him 311 electoral votes.

With Musk seeming apparently ready to take over the platform and make crucial changes to its bloated censorship apparatus, it looks as if Silicon Valley oligarchs may have finally lost one of its core vehicles to control online speech just before the 2022 midterm elections.