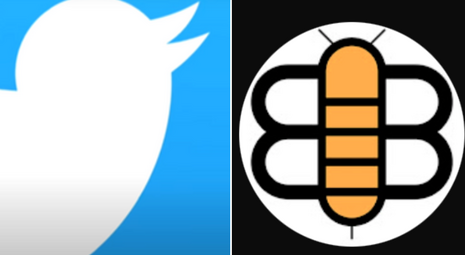 Twitter mashed its SHUT UP button on Christian satire site The Babylon Bee.

Twitter’s latest episode in its ongoing campaign to silence The Bee involved reportedly locking its founder Adam Ford out of his account for simply trolling the platform with benign humor.

“Don’t reshare this or you’ll get suspended from Twitter,” Ford said according to a snapshot shared by The Bee CEO Seth Dillon March 23. Ford’s tweet had a snapshot of a censored Bee story naming Assistant Health Secretary Rachel Levine the website’s “Man of the Year.” Talk about a glaring irony. But it didn’t matter.

The Babylon Bee's founder @Adam4d has been locked out of Twitter for hateful conduct. pic.twitter.com/QHDXBrAmws

Twitter was already on an anti-Babylon Bee vendetta. Just a day prior, Twitter locked Bee Editor-in-Chief Kyle Mann's account for pointing out Twitter’s hypocrisy for censoring his website for calling transgender Levine a man while allowing the genocidal, communist Chinese government's accounts to continue posting.

"Maybe they'll let us back into our @TheBabylonBee Twitter account if we throw a few thousand Uighurs in a concentration camp," Mann reportedly said.

To complete the censorship trilogy, Babylon Bee found its entire account locked for 12 hours March 20 for its article calling Levine its “Man of the Year.”

“Rachel's message is to ‘be true to yourself,’ and we couldn't agree more,” The Bee wrote. “This man is breaking barriers and showing us all the true meaning of courage.” [Emphasis added.]

Dillon tweeted that he received “notice that we’ve been locked out of our account for ‘hateful conduct.’”

The message from the platform in the screenshot read: “You may not promote violence against, threaten, or harass other people on the basis of race, ethnicity, national origin, sexual orientation, gender, gender identity, religious affiliation, age, disability, or serious disease.”

Dillon clapped back after Twitter froze his company’s account. “We're not deleting anything,” he tweeted. “Truth is not hate speech. If the cost of telling the truth is the loss of our Twitter account, then so be it.”

One of the most ridiculous cases of censorship of The Bee involved liberal Facebook fact-checker Lead Stories. The outlet labeled a satirical article from the site headlined, “CNN Praises Taliban For Wearing Masks During Attack,” as “false.” Does Lead Stories not understand what the word “satire” means?  Or how about Twitter, for that matter?