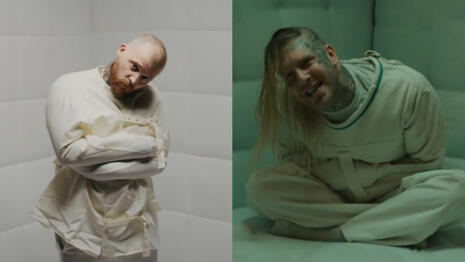 rappers Tom MacDonald and Adam Calhoun ranked tenth on the YouTube Trending music list. The list shows songs one through nine in order, does not include a song No. 10, then returns to the list with song No. 11. MacDonald and Calhoun’s song is highly critical of critical race theory, transgender ideology, the pro-abortion movement, Big Tech censorship, immigration, feminism and cancel culture.

YouTube has two Trending music lists. One list users can find when they discover a trending video like “New World Order.” Above the title of the video, users see a link that reads “#10 ON TRENDING FOR MUSIC.” But, when users click on the link, “New World Order” is nowhere to be found on the linked list. Users must seek out the platform’s “Music Charts & Insights” page to find MacDonald and Calhoun’s video in the “Global Trending” music video list.

The video platform’s Help Center explains its bias when choosing why a video “appears on Trending.”  “We're very careful about the safety of what appears on Trending so we have filters to make sure we don’t show videos that contain excessive profanity, mature content, or violence, or videos that are otherwise inappropriate, such as disparaging others in the community,” the platform help page states. Songs No. 14 and 15 are also missing from the list linked to trending music videos. However, unlike “New World Order,” the videos include lyrics with notable profanity and mature content.

YouTube did not respond to MRC Free Speech America’s request for comment at the time of publishing so it is still unclear exactly why YouTube hid “New World Order”  from the list. But the platform has added a Wikipedia link on the alleged origins of the phrase “new world order,” which pops up when users search for the video. “The New World Order is a conspiracy theory which hypothesizes a secretly emerging totalitarian world government,” the notice reads.

YouTube is notorious for suppressing music artists with which it disagrees. YouTube recently restricted and initially removed an extended cut of singer and songwriter John Ondrasik’s music video “Blood on my Hands,” which criticized the Biden administration for its botched withdrawal from Afghanistan. After some social media backlash, the platform restored the video but kept an age-restriction on it. It also removed “Let’s Go Brandon” by rapper Bryson Gray featuring Tyson James and Chandler Crump and demonetized a song poking fun at Dr. Anthony Fauci called “Sad Little Man” by singer and songwriter Five Times August.

Conservatives are under attack. Contact YouTube at (650)253-0000 and demand that Big Tech be held to account to mirror the First Amendment while providing transparency, clarity and equal footing for conservatives. If you have been censored, contact us using CensorTrack’s contact form, and help us hold Big Tech accountable.