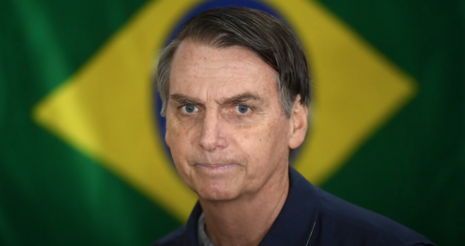 Brazil President Jair Bolsonaro made a bold move, marking one up for free speech in his nation. The embattled president signed a provisional measure that will make it illegal for Big Tech to arbitrarily remove legal social media content.

The Government of Brazil claimed in a tweet thread that the law was sparked by concerns of Big Tech’s actions “that have been perceived as harmful to healthy debate and freedom of expression in Brazil.” The provisional measure “forbids selective deplatforming” and “the removal of content that may result in any kind of ‘censorship of political, ideological, scientific, artistic or religious order,’" according to the Twitter thread. The Brazilian government account said it “hope[s] [the law] will serve to help restore online political dialogue in the country.”

The measure protects freedom of expression but excludes illegal content “such as nudity, drugs and violence, or if they encourage crime or violate copyrights,” reported The New York Times. Tech companies also purportedly need a court order for permission to remove any other content, according to The Times.

The Government of Brazil further clarified in a tweet that all removals, including those permitted by the measure, must have a justifiable reason why the content was removed. “[T]he social network will have to justify the removal of content under the terms of Brazilian laws,” the government wrote. “Without a just cause, the social network will have to restore the removed content.”

The Times complained of Bolsonaro’s tough stance in support of free speech. The paper reported that the provisional measure “suggests that, in Brazil, tech companies could easily remove a nude photo, but not lies about the coronavirus.” And it lamented the President’s veto of “part of a national-security law that would have set criminal penalties for people found guilty of orchestrating mass disinformation campaigns.”

The Brazilian president is up for reelection, and like former President Donald Trump, has been repeatedly censored by Big Tech. YouTube removed 15 of his videos for so-called COVID-19 misinformation in July, according to the BBC. The New York Times also reported that “[l]ast year, Facebook removed statements by Mr. Bolsonaro after he promoted hydroxychloroquine as a cure for the virus. Around the same time, Twitter deleted posts from the far-right Brazilian president for pushing [allegedly] false remedies and calling for an end to social distancing.”

A Twitter spokesperson told MRC Free Speech America that the new law “makes significant changes to the Internet framework,” and “undermines the values and consensus it was built upon.”