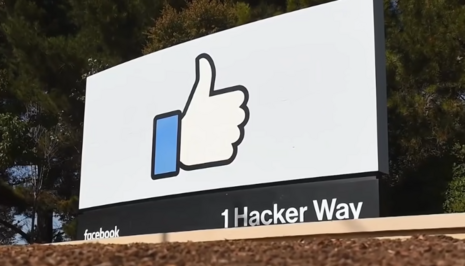 Members of Facebook’s Oversight Board revealed that the board prefers to operate under the guideposts of globalism and so-called consistency — not American values enumerated in the First Amendment.

Two Oversight Board members appeared at an in-person panel discussion at the Technology Policy Institute’s (TPI) Aspen Forum to discuss how “the Oversight Board has met some of the challenges Facebook has encountered this year,” according to the unverified TPI account Twitter thread.

The unverified TPI account’s recounting of the panel on Twitter openly demonstrated that the Facebook Oversight Board’s priorities lie in alleged consistency and globalism rather than the American values of free speech and free expression.

Julie Owono, Facebook Oversight Board member and Executive Director of Internet Without Borders, advocated for a globalist flair to the Oversight Board’s decision-making. “We want to reflect the globality of the issues. These problems don't only impact people in Western countries,” she said, according to an Oversight Board tweet.

The unverified TPI Twitter account quoted Owono as having said that "Digital literacy is extremely important. We do not realize how difficult it may be for places around the world where information was controlled by one group of people." It is unclear how she distinguishes between “one group of people” who dictate the circulation of information and the small group of Oversight Board members who help decide whether users and the information they post should be allowed on Facebook. [Emphasis added.]

Michael McConnell, Oversight Board member and the Director of the Constitutional Law Center at Stanford Law School, also appeared on the panel and placed an emphasis on the need for consistency when applying Facebook’s rules. “Applying the same rules consistently across the platform is fundamental to free expression,” said McConnell, according to an Oversight Board tweet.

The unverified TPI account revealed in a Twitter thread that McConnell claimed: "It almost doesn't matter what the rules are, as long as they are being applied consistently, fairly.” According to the same thread, he also admitted that the Oversight Board is an imperfect solution and implied that its operations are at times imprecise and even “utopian.” He reportedly said that the board “[is] going to get better at it.. more precise, a little less utopian, more pointed." [Emphasis added.]

This is not the first time the Facebook Oversight Board and its members have expressed sentiments at odds with American ideals. The Oversight Board “upheld” Facebook’s decision to deplatform former President Donald Trump — for now. Free Speech America also reported on the radical views of some of the Oversight Board members. At least one member has ties to the Muslim Brotherhood and four members have ties to leftist billionaire George Soros.

Conservatives are under attack! Contact Facebook headquarters at 1-650-308-7300 and demand that Big Tech be held to account to mirror the First Amendment while providing transparency and equal footing for conservatives. If you have been censored, contact us at the Media Research Center contact form, and help us hold Big Tech accountable.