In this era of civility, Google’s search algorithms are doing their part in keeping the peace.

Google Images, the section of Google Search where users can look for images, suggests images with any phrase or word typed in the box. With the query, “punchable face,” several images crop up immediately. 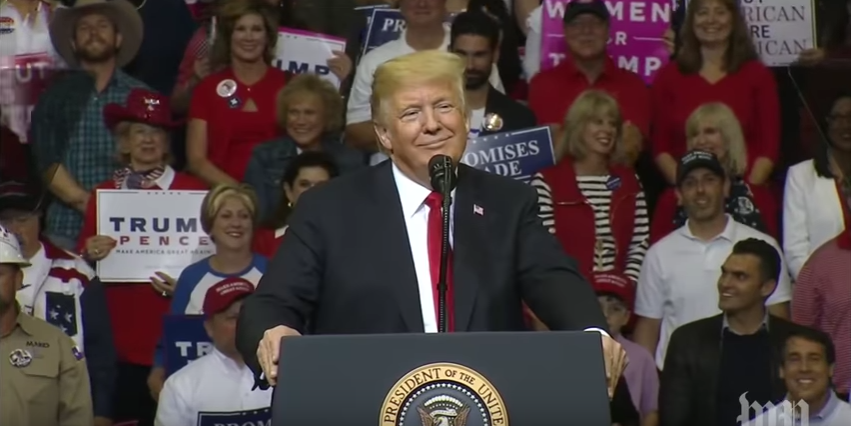 One image showed Cruz with a swollen black eye added in, next to convicted felon Martin Shrekli. This came from imgflip.com.

A subcategory of “punchable faces” was one that was labelled “female punchable.” The number one image on this list was Sarah Huckabee Sanders.

Google Director of Engineering Cathy Edwards wrote in 2018 that the company had “made a number of updates to our most immersive experience for searching visual content, Google Images.” These changes were “aimed at helping people better find information visually, and making it easier to pursue the things people come to Google Images for help with.” Like, apparently, finding a conservative face to punch. 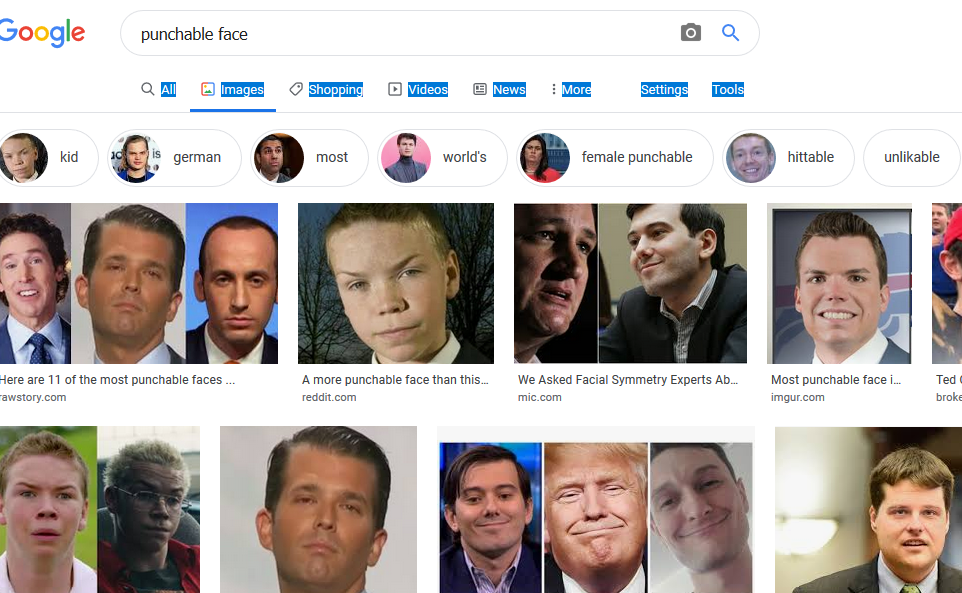 While some of the images were attached to links from news sites that probably boosted the image’s SEO, others were from unknown sites and social media posts that were simply titled, “Most punchable faces.” The first image, a mashup of Joel Osteen, Donald Trump Jr., and Trump senior advisor Stephen Miller, was from the 2017 story published at RawStory, headlined, “Here are 11 of the most punchable faces of 2017.” But another one came from funnyjunk.com, with the label, “Average Trump voter/punchable faces comp.”

The Shopping Tab also included t-shirts with Ted Cruz’s face on them. On the shirts was the slogan, “Most Punchable Face in America.”