The liberal media are continually pushing for more and more censorship online. And Big Tech companies are willing to listen.

After President Donald Trump tweeted that a Baltimore area congressional district is a “disgusting, rat and rodent infested mess,” the media raged and tried to defend the city. In a CNN article, reporter Donie O’Sullivan complained that “President Trump is still at it.” While Twitter confirmed to CNN that Trump’s tweet did not violate its rules, this was not enough for the outlet. 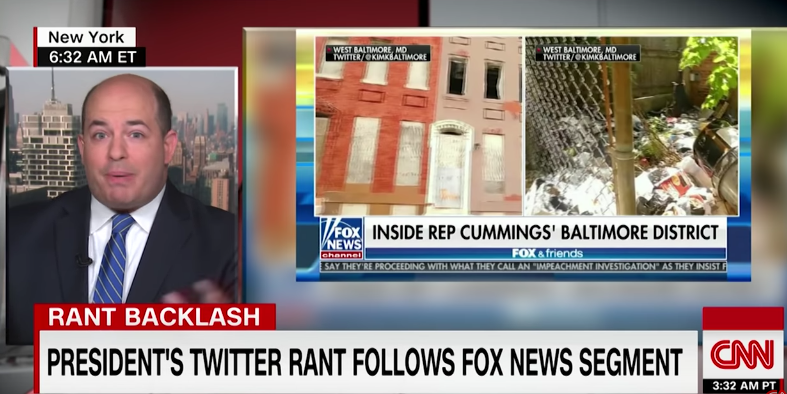 Indeed, the outlet that successfully campaigned for conspiracy theorist Alex Jones to be banned from almost all major social media platforms seemed to urge for more action from Twitter. CNN reminded readers that Twitter “proposed a policy that would have brought in tougher rules on dehumanizing language.” One of Trump’s previous comments about “shitholes” was used as an example by Twitter executives.

Mashable and Yahoo News also slammed the president’s tweets and claimed that they “violated” Twitter policies. The Mashable article wrote on CNN anchor Victor Blackwell’s segment about “Trump’s racist use of the word ‘infested’ in tweets.”

Blackwell stated, “When he tweets about infestation, it’s about black and brown people.” Mashable and Yahoo wrote that “Twitter has taken a stand against this kind of language when used against an ‘identifiable group.’”

While the later article from CNN reported that Twitter did not find Trump’s tweets to be in violation, it still asserted that “language aimed at people in a specific location” was originally considered to be dehumanizing.

The tweet did not reference any groups of people, nor was it meant to target anything other than the current state of Baltimore itself. But that’s not enough for CNN.