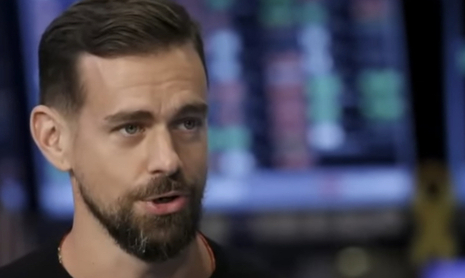 Dorsey tweeted his take on the Twitter Files Dec. 13, claiming it was based on the “principles I've come to believe” due to his experiences founding and leading Twitter. He began with a list:

“1. Social media must be resilient to corporate and government control.

2. Only the original author may remove content they produce.

This seemingly anti-censorship list is ironic in light of Twitter Files revelations that Dorsey was part of the top censorship team at Twitter and was at least aware of the reasons for banning former President Donald Trump despite Trump not violating any platform rules. Dorsey did at least admit in a blog post that he had messed up—badly.

“The Twitter when I led it and the Twitter of today do not meet any of these [listed] principles,” Dorsey confessed. He said that was “my fault alone” and that he had given up “hope” of upholding the principles in 2020 “when an activist entered our stock.” Then and there he began planning to leave Twitter, he wrote.

Twitter did have “too much power” over speech, Dorsey confessed. “The biggest mistake I made was continuing to invest in building tools for us to manage the public conversation, versus building tools for the people using Twitter to easily manage it for themselves.”

Dorsey then specifically referred to Trump’s ban, saying Twitter “did the right thing for the public company business at the time, but the wrong thing for the internet and society.” But the former CEO did not admit the full scale of Twitter’s bias under his watch. He denied any “ill intent or hidden agendas.” MRC’s CensorTrack has years of records of Twitter’s biased censorship.

People need tools to resist an enforced media or government narrative, Dorsey said. “Allowing a government or a few corporations to own the public conversation is a path towards centralized control.”

But Dorsey did not expound upon Twitter’s secret coordination with the government to censor Americans.

Despite Twitter’s past heavy censorship, Dorsey asserted, “Content takedowns and suspensions should not be possible,” and only authors should be able to erase their own content from the internet.

He recommended “ranking and relevance algorithms” on a localized scale, with options for users to select, instead of a centralized moderation system. He also seemingly endorsed a level of antitrust reform and an “open protocol” for businesses.

Dorsey wrote that he knew people would distrust his recommendations based on his own record, and added that he wished he had made Twitter “uncomfortably transparent in all their actions.”

He then ended the piece by condemning attacks on former Twitter colleagues and promoting new technologies for social media.

Only time will tell if the anti-free speech trend on social media is reversible.