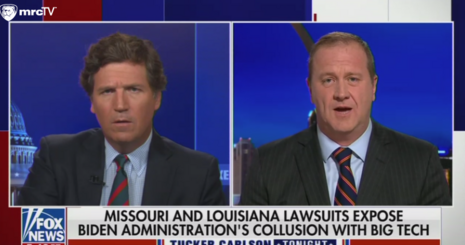 The U.S. District Court for the Western District of Louisiana granted a request to force the federal government to produce records from various White House and Health and Human Services (HHS) officials, according to a press release by Schmitt’s office. The granted request comes amid a First Amendment lawsuit first filed in May by Missouri and Louisiana against the Biden administration.

The New Civil Liberties Alliance (NCLA), which joined Schmitt and Landry’s lawsuit, released a case summary stating: “Public statements, emails, and recent publicly released documents establish that the President of the United States and other senior officials in the Biden Administration violated the First Amendment by directing social-media companies to censor viewpoints that conflict with the government’s messaging on Covid-19.”

“Up until this point, the Department of Justice has refused to cooperate with our requests for discovery from top officials in the Biden Administration under the guise of ‘executive privilege,’” Schmitt said in a statement.

“The American people deserve answers on how the federal government has colluded with social media companies to censor free speech on these major platforms. We will continue to fight to uncover more of this vast censorship enterprise.”

The Louisiana and Missouri lawsuit cited original research from Media Research Center and its unique CensorTrack database to support its case.