Nothing to See Here: WashPost Tells Readers to ‘Ignore Hysteria’ on Biden’s Disinfo Board

The Washington Post Editorial Board tried to scoff away critiques of the Orwellian Disinformation Governance Board in a tone-deaf piece. 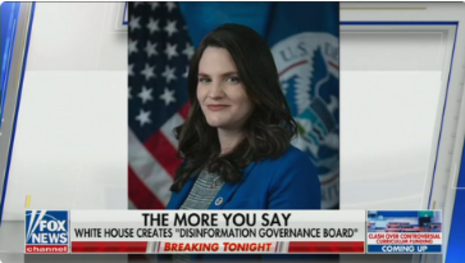 The Post, in an editorial headlined, “Ignore the hysteria over the Disinformation Governance Board,” made clear it supposedly sees no serious problems with the blatantly pro-censorship board, despite evidence to the contrary; “Despite what some in the Republican congressional leadership might tell you, the Department of Homeland Security is not starting up a ‘Ministry of Truth.’”  Sure, the rollout was “ham-handed,” but the board could actually do a “great deal of good,” the editorial board bleated. The Disinformation Governance Board (DGB) has come under fire ever since it was announced by Department of Homeland Security (DHS) Secretary Alejandro Mayorkas.

The Post tried to put a positive spin on the idea of sharing data with “government actors” to target alleged “viral lies and propaganda ... Done right, this is a useful function." However, multiple members or advisors of the censorship board have themselves pushed disinformation in the past, including self-proclaimed “Mary Poppins of disinformation” and current DGB executive director Nina Jankowicz. Furthermore, MRC Business and MRC Free Speech America exclusively revealed that a co-leader of the board, Jennifer Daskal, has multiple ties to leftist billionaire George Soros.

Also, President Joe Biden and his White House have urged or worked with social media companies to increase censorship more than once, leaving little doubt as to the DGB’s nefarious designs.

The Post dismissed the board’s issues as a mere a lack of transparency in detailing the board’s function, in conjunction with the “Soviet-sounding” acronym “DGB”:

“As long as fair-minded observers have to guess at what the board’s role is, players who have more nefarious agendas will have ample opportunity to, yes, spread disinformation.”

Because, of course, anyone criticizing the censorship board instituted and monitored by a left-wing administration must be spreading disinformation, right?