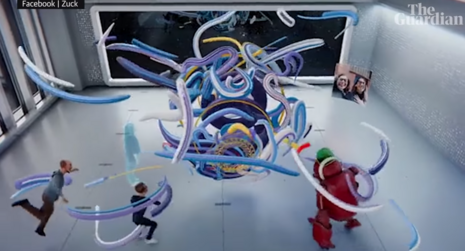 The globalist World Economic Forum (WEF) shared details from the Accenture survey on how some business executives see the future of the digital universe or “metaverse.” An Accenture report identified four tech trends, one of which is the “the next version of the physical world—the programmable world.” Accenture also conducted a survey showing that 71 percent of global business executives polled said the metaverse will have positive impacts on businesses. Companies investing in metaverse technology include Disney, Warner Bros. and Gucci, among others, according to WEF. Other companies interested in the metaverse include Microsoft, Nike, Sony, and Chinese-controlled Alibaba and TikTok. Facebook changed its name to Meta to reflect its commitment, as Meta CEO Mark Zuckerberg said, to bringing the metaverse to the world.

The metaverse is not merely a game-changing technological innovation, however. Virtual reality (VR) metaverse plans like Meta’s would create an entirely virtual fantasy world parallel to the real world, raising questions about the metaverse’s impact on people’s perception of reality. Augmented reality (AR) metaverse plans like Pokémon Go developer John Hanke’s could overlay fantasy on reality not just for fun but for every aspect of life.

“While we are at the early days of the metaverse, it will advance very quickly,” Accenture’s CEO Julie Sweet and Chief Technology Officer Paul Daugherty wrote in the Accenture report. “If companies don’t act now, they’ll find themselves operating in worlds designed by, and for, someone else.” JP Morgan predicted that, with influence in every sector, the metaverse could bring in over “$1 trillion in yearly revenues.”

Technology can be manipulated, however. Both Democrats and Republicans, including leftist Rep. Alexandria Ocasio-Cortez (D-NY), have spoken against the potential dangers of manmade algorithms.

In fact, many of the organizations promoting or interested in the metaverse have very concerning ties. WEF is pushing its “Great Reset” agenda to remake the world. WEF summarized its view of the future in the article, “Welcome To 2030: I Own Nothing, Have No Privacy And Life Has Never Been Better.” WEF also recently called for global regulation of cryptocurrency. Disney is under fire right now for its endorsement of promoting radical LGBTQ+ ideology to children. Microsoft in 2018 struck a major partnership aimed at censoring alleged “disinformation” online. Nike President and CEO John Donahoe called his brand “a brand that is of China and for China.” The Chinese Communist Party controls both Alibaba and TikTok.

Could the metaverse usher in a dystopian world of ever-increasing censorship and totalitarian control?