Montana’s attorney general has announced an investigation into Communist Chinese-linked social media app TikTok, including an examination of TikTok’s censorship. 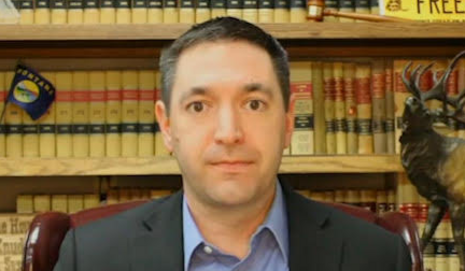 The press release said Knudsen’s “civil investigative demand includes substantial evidence of dozens of past and current potential violations of Montana law including TikTok intentionally distributing a dangerous product without adequate warning and by publicly misrepresenting the dangers its product poses to Montana consumers.”

TikTok has grown exponentially, becoming the number one app in the entire world, according to the press release. Some countries, including India, have banned TikTok and China limits the time young people spend on the platform daily, but U.S. teens and pre-teens reportedly spend 105 minutes daily on average on TikTok. While children as young as 13 years can create a profile on TikTok, the app’s algorithms do not differentiate for age, according to Knudsen’s press release.

Knudsen explained the reasons for the investigation. “This is a critical investigation to protect Montana children and assist Montana parents. The media reports about TikTok potentially aiding Mexican drug cartels, turning a blind eye to sexual predators, and enabling its recommendation engine to promote pornographic materials, drug use, eating disorders, violent ‘challenges,’ and suicidal ideation among teens and preteens are beyond troubling,” AG Knudsen commented. “Montana is happy to take the lead at looking into potential violations of state law by this Chinese social media goliath to help parents keep their children safe online and crack down on platforms which potentially misrepresent their safety features for financial gain.”

Conservatives are under attack. Contact your representatives and senators and demand that Big Tech be held to account to mirror the First Amendment while providing transparency, clarity on “hate speech” and equal footing for conservatives. Tech giants should afford their users nothing less than the free speech embodied in the First Amendment as interpreted by the U.S. Supreme Court. If you have been censored, contact us using CensorTrack’s contact form, and help us hold Big Tech accountable.