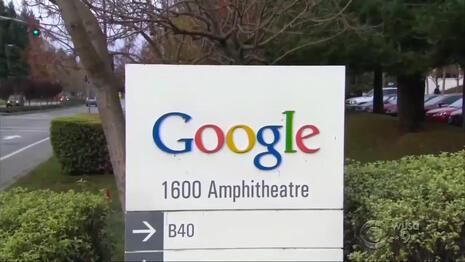 Google reportedly increased its U.S. lobbying spending by 27 percent in 2021, as lawmakers began a push to enact new tech legislation to regulate the industry.

Google, which is owned by Alphabet Inc., increased its lobbying expenditures, according to Reuters, during a year when U.S. lawmakers at both the national and state levels began to argue for or develop legislation aimed at tighter regulation of Big Tech. The Big Tech giant spent $9.6 million on U.S. lobbying in 2021, Reuters reported, citing a Senate lobbying disclosure database as its source.

Google has reportedly spent more on lobbying before; for instance, in 2018, when the Big Tech company spent $20 million. Its 2020 lobbying expenditures were only $7.53 million, however, according to Reuters. “Google's lobbying spend dipped in 2020 as it restructured its government relations teams.”

Major tech companies including Google, Apple, Amazon and Meta’s platform Facebook are increasingly feeling the heat from lawmakers seeking to break up the companies’ immense power and control.

While some Republican senators like Senator Ted Cruz (R-TX) are concerned about increasing Big Tech censorship of free speech, much of proposed legislation right now is antitrust. The Senate Judiciary Committee approved a major bipartisan antitrust bill yesterday, the American Innovation and Choice Online Act, aimed at preventing Big Tech companies from prioritizing their own products on their platforms.

Big Tech seems to be concerned over the lawmakers’ efforts. In addition to Google’s lobbying spending increase, recently, both Google and Amazon reportedly enlisted small vendors who use their platforms to warn lawmakers against supporting antitrust legislation.