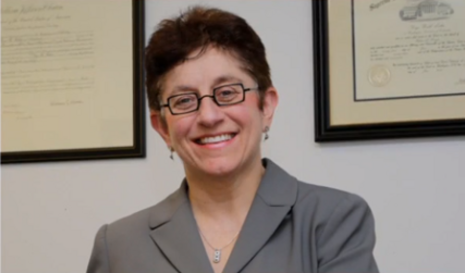 If Gigi Sohn is confirmed to the FCC, it might stand for Federal Censorship Commission instead of Federal Communications Commission. Biden’s FCC commissioner nominee Gigi Sohn has an extensive history of support for anti-conservative censorship and ties to prominent leftists, including radical billionaire George Soros.

Sohn has openly mocked the idea that there is biased censorship of conservatives online. “For years, @Twitter & @Facebook tried to appease @realDonaldTrump & other right-wing extremists on phony claims of conservative bias. It didn't work,” Sohn tweeted from her unverified account in May 2020. She also slammed Rep. Jim Jordan (R-OH) for highlighting online bias. “No shock - @Jim_Jordan rants and raves about so-called anti-conservative bias on online platforms, which we all know is a bunch of BS,” Sohn tweeted in July 2020.

Media Research Center President Brent Bozell tweeted, “Biden’s pick for the FCC is an enemy of free speech. Gigi Sohn is another far-left Biden nominee like Comrade Omarova. Her views are a threat to free speech online and on TV. Senators should oppose Sohn's ridiculous nomination.”

Sohn has also indicated that she will censor non-leftist voices, particularly through her repeated attacks on Fox News. “For all my concerns about #Facebook, I believe that Fox News has had the most negative impact on our democracy. It's state-sponsored propaganda,” Sohn alleged in October 2020. She tweeted in March 2020 that Fox News representatives should be grilled at “a hearing on misinformation.” Sohn likewise suggested in 2018 that Sinclair Broadcasting should lose its FCC license because of its alleged political bias, which she said “calls into question Sinclair’s fitness to be a broadcast licensee.” Sohn added, “Will @FCC do anything when Sinclair’s licenses are up for renewal?”

Sohn ties also imply she would expand government power over the internet. She was formerly president of leftist group Public Knowledge, a group that “has long sought more government control of the internet and media,” according to The Wall Street Journal Opinion. “She was a counselor to Obama FCC Chair Tom Wheeler and was a driving force behind the ‘net neutrality’ regulation,” The Journal added. Public Knowledge also supports expansive net neutrality regulation.

Sohn has furthermore “hinted at deploying the [FCC’s] regulatory power to censor conservative media and revive a version of its mooted fairness doctrine,” The Journal reported. Sohn’s “strident partisanship should disqualify her from serving as an officer of an independent agency with so much power to control the public airwaves,” The Journal concluded.

Conservatives are under attack. Contact your senators and demand that Sohn be held to account for her pro-big government, pro-censorship and anti-free speech history. If you have been censored, contact us using CensorTrack’s contact form, and help us hold Big Tech accountable.