It’s called “Big” Tech for a reason, and tech companies are looking to expand even more, this time into the field of health care.

Google’s parent company Alphabet Inc. is making the latest Big Tech foray into the health care industry. Big Tech involvement in health care has raised concerns before, considering how huge the companies are and how much data they collect on users. Now, Alphabet plans to use AI algorithms to introduce a new method of drug production through a new company. 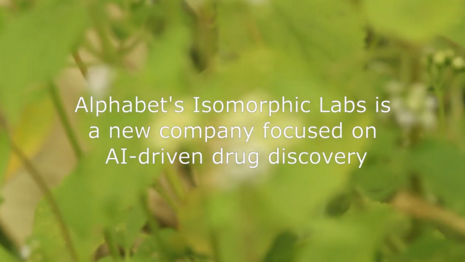 DeepMind, a London Alphabet research lab, has already “made huge advances in predicting the shapes of proteins,” which could speed up new drug development, according to Bloomberg News. Now Google’s parent company Alphabet has created the new company Isomorphic Labs with the aim of using artificial intelligence in drug discovery.

Isomorphic Labs announced its “AI-first approach” could “reimagine the entire drug discovery process” and “model and understand some of the fundamental mechanisms of life.” Bloomberg News predicted that the new Alphabet company could potentially “upend the pharmaceutical industry.” This should raise concerns since Big Tech companies have already targeted conservatives and gained immense control over people’s lives in a technology-dependent society.

Founder and CEO of Isomorphic Labs (and DeepMind) Demis Hassabis wrote in the Isomorphic Labs announcement that “I believe we are on the cusp of an incredible new era of biological and medical research.”

Perhaps most concerning, Google has sought to censor medical information in the recent past. An executive of Google-owned YouTube boasted in an October Senate hearing that the platform had removed over 1 million videos with alleged COVID-19 “misinformation.” Google even opened a new front in the online censorship fight when it restricted access to documents created in Google Docs. Specifically, the tech giant censored Dr. Vladimir Zelenko, who, in 2020, recommended alternate COVID-19 treatments, including the anti-malarial drug hydroxychloroquine and antibiotics.

Other Big Tech companies have also tried to get involved in health care. Apple has reportedly been developing iPhone technology to help diagnose depression, autism and cognitive decline through the collection of detailed personal data. Apple also tried “to figure out how the flood of health and wellness data collected from users of its smartwatch, first released in 2015, might be used to improve healthcare,” according to The Wall Street Journal. Even Amazon has dipped its toes into the health industry with one of its wearables. Its Halo tech tracked the emotional state of users and generated “a three-dimensional rendering” of their bodies.

Conservatives are under attack. Contact your representatives and demand Google and Alphabet provide transparency: Companies must be held accountable, while giving weight to privacy concerns. If you have been censored, contact us using CensorTrack’s contact form, and help us hold Big Tech accountable.