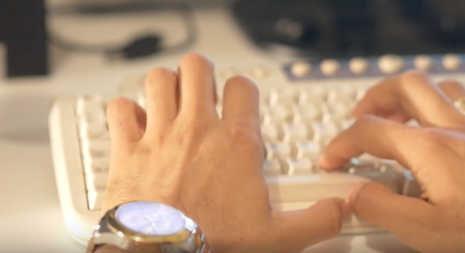 Several Big Tech companies reportedly know their social media sites are toxic for minors, and the sites may even perpetuate that toxicity.

The Wall Street Journal wrote that TikTok and Facebook-owned Instagram are creating a toxic environment for children and teens on their respective platforms. TikTok’s algorithms, through the platform’s “highly personalized” For You feed, “can quickly drive minors—among the biggest users of the app—into endless spools of content about sex and drugs.” TikTok does not differentiate suggested content based on age.

Lawmakers have already bashed Instagram for the alleged toxicity on social media. Senators Marsha Blackburn (R-TN) and Richard Blumenthal (D-CT) launched an investigative probe on Sept. 14 into Facebook, and House Republicans said Facebook has been deceptive. Rep. Ken Buck (R-CO) tweeted, “Facebook is lying about how their product harms teens.” His spokesman urged the passing of Congressional antitrust bills against “dark and duplicitous monopolists.”

Instagram Head of Public Policy Karina Newton’s public response to The Journal attempted to put Facebook’s research “in context,” highlighting the “mixed” research on social media’s impact. “While the story focuses on a limited set of findings and casts them in a negative light, we stand by this research. It demonstrates our commitment to understanding complex and difficult issues young people may struggle with,” Newton said. “Our job is to make sure people feel good about the experience they have on Instagram, and achieving that is something we care a great deal about.” Head of Instagram Adam Mosseri has since tweeted: “We stand by this work and believe more companies should be doing the same.”

The Journal reported that it uncovered hundreds of TikTok videos with pornography, drugs, abuse and other “adult content.” The outlet said it shared 974 of these videos with TikTok. Some of the videos reportedly portrayed “caregivers” entering into relationships with individuals acting as children or “littles.”

Other videos or accounts presented to “teen” users advertised drug products or “paid pornography sites,” reported The Journal. A TikTok spokeswoman reportedly “declined to address the content of the individual videos” and said that, while some videos were removed or restricted, “the majority didn’t violate guidelines.” TikTok’s guidelines do contain prohibitions against “Content that depicts or promotes human exploitation” such as “sex trafficking” and “Content that depicts, promotes, normalizes, or glorifies self-harm.”

Facebook’s own research reportedly uncovered how toxic Instagram can be. “We make body image issues worse for one in three teen girls,” reads one 2019 research summary slide, according to The Journal. Another slide reportedly revealed “increases in the rate of anxiety and depression.” The Journal report indicated that Instagram may cause mental health problems and aggravate existing issues for teens of both sexes.

“In public, Facebook has consistently played down the app’s negative effects on teens, and hasn’t made its research public or available to academics or lawmakers who have asked for it,” The Journal asserted. The outlet also reportedly reviewed internal documentation on subjects such as human trafficking and teen mental health. The Journal concluded that Facebook is “acutely aware” its systems and products “routinely fail.” Facebook 2020 research purportedly showed that “[s]ocial comparison is worse on Instagram.”