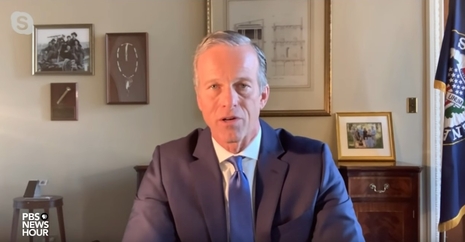 The pending legislation would make it illegal for email services to label political campaign emails as spam unless the recipient proactively reports them as “spam.”

The bill would also require email providers to release quarterly transparency reports that would, among other things, detail the following:

Political campaigns could request internal information on a rolling basis from email providers about how they applied spam filters to campaign emails, starting three months after the bill’s enactment. Tech companies would then have a four-day period to hand over the information.

The Thune bill would task the Federal Trade Commission with enforcing the requirements related to email providers’ spam-filtering practices and quarterly reports. But companies that earn less than $5 billion yearly and have fewer than 500 employees would be exempt from the requirements.

“Consumers should be able to choose what they want to see, not Google,” Thune said in a statement. “It’s long past time for Big Tech to be held accountable for its blatant bias, and this bill would be an important step in that direction.”

Rubio tweeted on May 21 that Gmail had sent 66 percent of his Senate campaign’s emails to registered supporters to their spam folders.

“It’s time to hold Big Tech accountable for its shameless partisan censorship,” Rubio said in a statement. “This bill would empower users to have more control over their email inbox preferences and expose the filtering practices of these large platforms.”

Conservatives are under attack. Contact Google at 650-253-0000 and demand it provide transparency and an equal footing for conservatives. If you have been censored, contact us at the Media Research Center contact form, and help us hold Big Tech accountable.