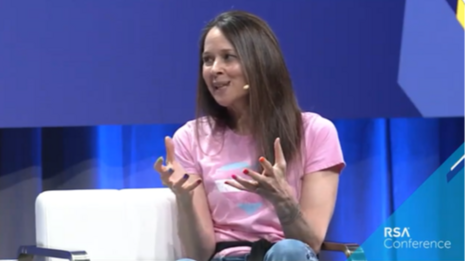 Her alleged comments surfaced during the discovery phase of a lawsuit that seems to grow more contentious by the day.

Just the News reported on Thursday that Easterly's reported comments seemed to confirm the plaintiffs’ allegations.

Easterly's reported texts with another CISA official show that "federal officials are fully aware" that they need to exert "maximal pressure," preferably from the White House, to get social media companies to expand censorship, according to the plaintiffs' position section.

Easterly reportedly discussed how they could get “in a place where Fed can work with platforms to better understand the mis/dis trends so relevant agencies can try to prebunk/debunk as useful."

She then allegedly complained that the platforms weren’t censoring enough.

"Platforms have got to get more comfortable with gov't,” she said. “It's really interesting how hesitant they remain."

In a press release Thursday, plaintiffs’ attorney Jenin Younes said the discovery phase of the lawsuit revealed the “shocking extent of the government's involvement in silencing Americans.”

“These bureaucrats continue to resist efforts to expose the degree of their unconstitutional actions every step of the way,” Younes added.

NewsBusters reported on Schmitt’s comments indicating that the discovery phase of the lawsuit produced bombshell documents.

“We have already received a number of documents that clearly prove that the federal government has an incestuous relationship with social media companies and clearly coordinate to censor freedom of speech, but we’re not done,” Schmitt wrote in a press release Sept. 1. “The Department of Justice is cowering behind executive privilege and has refused to turn over communications between the highest-ranking Biden Administration officials and social media companies. That’s why, yesterday, we asked the Court to compel the Department of Justice to produce those records. We’re just getting started – stay tuned.”

He added that many Biden administration officials accused of collusion have already been identified.