Viral social media app TikTok reportedly claimed its employees who are based in China can access data from users in the United States. 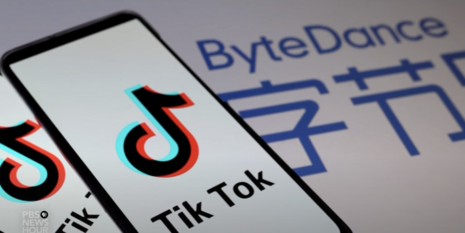 The New York Times obtained the company’s response to an inquiry from Republican senators in the United States that requested specifics into the data collected from the app.

"Employees outside the US, including China-based employees, can have access to TikTok US user data subject to a series of robust cybersecurity controls and authorization approval protocols overseen by our US-based security team," TikTok's CEO Shou Zi Chew wrote in a response letter, according to The Times.

Chew clarified that the data required “approval” based on data classification.

The response is the latest in a recent wave of concern brought on by TikTok’s troubling ties to communist China.

“We may share all of the information we collect with a parent, subsidiary, or other affiliate of our corporate group,” TikTok’s policy says.

In 2021, Senator Josh Hawley (R-MO) reintroduced the No TikTok on Government Devices Act to ban the social media app from official federal devices.

Hawley said TikTok is “a Trojan horse for the Chinese Communist Party that has no place on government devices—or any American devices, for that matter” in a statement. He added: “TikTok has repeatedly proven itself to be a malicious actor[,] but Joe Biden and Big Tech refuse to take the threat of Chinese espionage seriously. It’s time for Congress to act.”

“We employ rigorous access controls and a strict approval process overseen by our U.S.-based leadership team, including technologies like encryption and security monitoring to safeguard sensitive user data,” a TikTok spokeswoman told CNBC at the time.