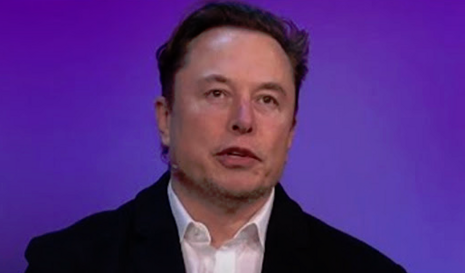 Elon Musk said that Meta CEO Mark Zuckerberg has too much power over the platform. Business Insider on Friday reported that Musk, the richest man in the world, was asked if his influence was a conflict of interest for his offer to buy Twitter for $43 billion.

He responded and said Twitter would be nothing like Facebook if he owned it. "As for media sort of ownership, I mean, you've got Mark Zuckerberg owning Facebook and Instagram and WhatsApp, and with a share ownership structure that will have Mark Zuckerberg the 14th still controlling those entities," he said.

"Like, literally," Musk added. "We won't have that at Twitter." He said that his offer to buy Twitter was “not a way to make money” but was instead about promoting freedom of speech.

"I'm not saying that I have all the answers here, but I do think that we want to be just very reluctant to delete things," he noted, referring to biased content moderation and permanent bans. "And just be very cautious with permanent bans. Timeouts, I think, are better than permanent bans."