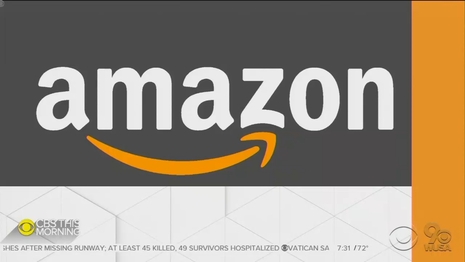 A report suggested a new chat app for Amazon employees would ban “insensitive” words and phrases.

The Intercept reported that words like “prison,” “plantation,” and “restrooms” would be automatically flagged by an automatic word monitor. Amazon allegedly wanted the words banned to prevent criticism of the company’s working conditions.

The Intercept’s investigation detailed just how far the program would go:

Following the meeting, an “auto bad word monitor” was devised, constituting a blacklist that would flag and automatically block employees from sending a message that contains any profane or inappropriate keywords. In addition to profanities, however, the terms include many relevant to organized labor, including “union,” “grievance,” “pay raise,” and “compensation.” Other banned keywords include terms like “ethics,” “unfair,” “slave,” “master,” “freedom,” “diversity,” “injustice,” and “fairness.” Even some phrases like “This is concerning’ will be banned.”

A document that purportedly described the program explained its end goal as, “[w]ith free text, we risk people writing Shout-Outs that generate negative sentiments among the viewers and the receivers,” and thus they insist they want to avoid “a negative associate experience.”

For its part, Amazon made no commitment to the program’s status.

“Our teams are always thinking about new ways to help employees engage with each other,” said Amazon spokesperson Barbara M. Agrait.

Agrait insisted that, since “[t]his particular program has not been approved yet,” it could be subjected to changes to the point of not “launch[ing] at all.”

The company allegedly added that only “offensive” or “harassing” words would be banned to “protect our team.”

“If it does launch at some point down the road,” they added, “there are no plans for many of the words you’re calling out to be screened. The only kinds of words that may be screened are ones that are offensive or harassing, which is intended to protect our team.”