Facebook Has a Blacklist of ‘Dangerous’ People and Orgs: Report 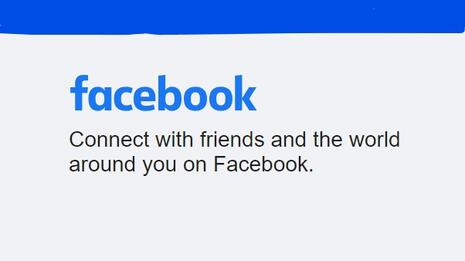 According to The Intercept, Facebook has a secret blacklist of “dangerous individuals and organizations.”

The article explained the list was created to bar “users from speaking freely about people and groups it says promote violence.”

Facebook reportedly uses “tiers” to determine what users can say about “banned” topics. Recent examples of censored speech include the Jan. 6 riot and genocide in Myanmar.

Tier 1 is the most strict, allegedly banning users from praising entities in this tier, even for nonviolent activities, The Intercept said.

Tier 2 reportedly focuses on rebellions against government actors, including factions in the Syrian civil war. Users can praise nonviolent actions of Tier 2 groups, but cannot offer “substantive support” for the groups themselves.

While scholars and civil libertarians have called on the Big Tech giant to release the list, but Facebook has so far refused on the grounds of “safety.” When The Intercept asked for specific examples of specific threats, Facebook declined.

Brian Fishman, Facebook’s policy director for counterterrorism and dangerous organizations, said Facebook keeps the list under wraps because “[t]his is an adversarial space, so we try to be as transparent as possible, while also prioritizing security, limiting legal risks and preventing opportunities for groups to get around our rules.”

“We don’t want terrorists, hate groups or criminal organizations on our platform, which is why we ban them and remove content that praises, represents or supports them,” he added. “A team of more than 350 specialists at Facebook is focused on stopping these organizations and assessing emerging threats. We currently ban thousands of organizations, including over 250 white supremacist groups at the highest tiers of our policies, and we regularly update our policies and organizations who qualify to be banned.”

In contrast, however, the Facebook Oversight Board has recommended releasing all of the content in order to further the goals of “public interest.” This “Catch-22” has baffled experts.

“Facebook puts users in a near-impossible position by telling them they can’t post about dangerous groups and individuals, but then refusing to publicly identify who it considers dangerous,” said Faiza Patel, co-director of the Brennan Center for Justice’s liberty and national security program.

The article also said Facebook places “far looser prohibitions on commentary about predominately white anti-government militias than on groups and individuals listed as terrorists, who are predominately Middle Eastern, South Asian, and Muslim, or those said to be part of violent criminal enterprises, who are predominantly Black and Latino.”

Conservatives are under attack. Contact Facebook headquarters at 1-650-308-7300 and demand that Big Tech be held to account to mirror the First Amendment while providing transparency, clarity on “hate speech” and equal footing for conservatives. If you have been censored, contact us using CensorTrack’s contact form, and help us hold Big Tech accountable.