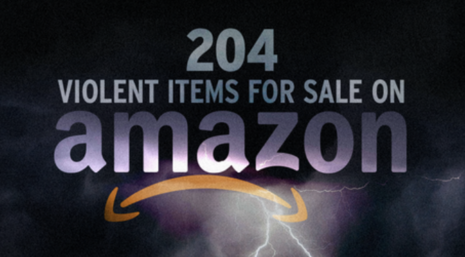 The Detectives’ Endowment Association slammed Amazon after merchandise reading ‘Blue Lives Murder’ was listed for sale on the website. This is only the latest example of Amazon selling hateful merchandise.

The group demanded that Amazon pull the offensive merchandise, calling it “disgusting” rhetoric that “only purpose is to invite further division, hatred and violence toward the hard-working men and women of the nation’s Police Departments, who are toiling every day to keep their communities safe.”

“It has come to my attention that your website is selling tee-shirts (sic) and other items emblazoned with the words ‘Blue Lives Murder,'” part of the letter sent by the DEA to Amazon and obtained by The New York Post reads. “It’s disheartening that your company would allow this disgusting motto on your sales platform.”

“To continue to hawk products emblazoned with this vile phrase puts the lives of Police Officers, and all law enforcement nationwide, at peril and risk,” the letter said.

“Amazon is perpetrating anti-police rhetoric,” one detective told The Post. “It is totally inaccurate. They should sell shirts that say, ‘Blue Lives Save Lives.’” Amazon also sells numerous items with slogans such as “Fuck the Police” and “ACAB,” which is leftist shorthand for “All Cops Are Bastards.”

Other law enforcement officers agreed with the association. “They are hypocrites. They say they don’t sell items that incite hatred,” added one Brooklyn detective. “I can’t think of an item that incites hatred more than these sweatshirts.”

As of Monday morning, including a “Blue Lives Murder” face mask was still available for sale. However, T-shirts and hoodies featuring the slogan removed.

In June 2020 after the killing of George Floyd, similar merchandise appeared on the site.

“It shows that [Amazon is] bending over backwards for this movement like many other companies are,” Sgt. Joe Imperatrice, who founded Blue Lives Matter NYC, said in 2020.

Amazon has a history of selling inflammatory merchandise directing hate and violence towards right-of-center groups and figures.

Although its Terms of Service “does not allow products that promote, incite or glorify hatred, violence, racial, sexual or religious intolerance or promote organizations with such views. We'll also remove listings that graphically portray violence or victims of violence,” notable examples of such products can be found.

In January, the Media Research Center found at least 204 examples of merchandise sold on Amazon that promoted violence toward President Donald Trump, Republicans, or police officers. Violent products included a flag with a graphic image of Trump blowing his brains out, a mug with the slogan “Where is Lee Harvey Oswald now that we really need him?” and a black T-shirt with a red slogan, “Kill All Republicans.” The shirt that urged the death of Republicans was even a sponsored listing on Amazon.

Conservatives are under attack. Contact Amazon at (206) 266-1000, or by mail to 410 Terry Avenue North Seattle, WA 98109. If you have been censored, contact us at the Media Research Center contact form, and help us hold Big Tech accountable.