A reportedly top-ranking Twitter engineer was caught on camera admitting the Big Tech company goes out of its way to censor conservatives and has many avowed “commie” employees.

“Project Veritas published a new story on Monday night featuring footage of Twitter Senior Engineer, Siru Murugesan, discussing how employees at the tech company ‘hate’ Elon Musk’s impending acquisition of Twitter among several other explosive soundbites,” guerilla journalism outlet Project Veritas reported alongside the explosive video leak. “Leaving no doubt to one of the primary sources of the rift between Musk and employees at Twitter, Murugesan at one point says: ‘Twitter does not believe in free speech … Elon believes in free speech.’”

The purported Twitter engineer can be heard condemning Musk as a “capitalist” and explaining Twitter’s workforce is “more like very socialist. Like we're all, like, commie as fuck.” He also confirmed what many on the right have been trying to get Big Tech to admit for years: “we’re actually censoring the right and not the left.” 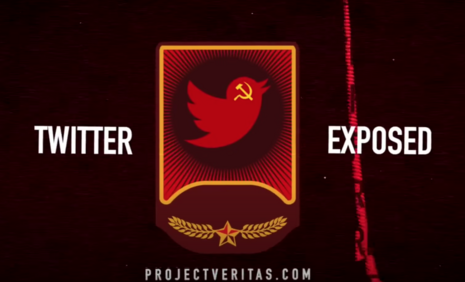 Tesla founder and free-speech warrior Elon Musk responded to the video by asking in tweet about the platform he recently acquired: “Is this legit?”

The video may be alarming, but not a surprise to many who have faced unpredictable censorship.

Judicial Watch President Tom Fitton said he had felt the sting of Twitter censorship, and that the revelations of the video are merely confirming the worst theories about Twitter leadership:

“I posted accurate #HydroxyChloroquine tweet @twitter specifically told me was NOT in violation of rules. I was locked out for same tweet a few months later. Appeals rejected/ignored w/no explanation. Project Veritas vid is no surprise. @ElonMusk must expose the censorship fraud.”

Commentator and host of The Jesse Kelly Show Jesse Kelly expressed apparent concern about the rarity of organizations willing to pursue information like Project Veritas: “The wildest thing about Project Veritas constantly exposing those in power isn’t that they do it. It’s how rare it is. People do realize that your newspapers and news programs should be doing this work, right? This is actual journalism.”

Political commentator Steven Crowder suggested there is one way to fix the platform. “It looks like @elonmusk is going to have his work cut out for him to save free speech on the platform,” Crowder tweeted. “But if anyone is capable of making the necessary changes needed, it’s him.”