On the heels of a small victory for pro-life Americans, it’s worth a reminder that at least one Big Tech executive backed abortion with a bundle of cash. Facebook COO Sheryl Sandberg infamously donated $1 million to Planned Parenthood’s abortion advocacy to aid “marginalized,” “women of color.”

A cloture vote on the so-called “Women’s Health Protection Act” to protect abortion was narrowly voted down by a 49-51 margin in the Senate. The bill, if it had passed, “would make abortion on demand, even up to the moment of birth, a federal law, and wipe out state restrictions on the procedure,” CNS News reported on Tuesday.

“The pro-life Susan B. Anthony List (SBA) denounced the legislation as ‘extreme,’ and said the appropriate name for the bill is the ‘Abortion on Demand Until Birth Act.’” Some of the biggest supporters of pro-abortion legislation have been the leaders of Big Tech. 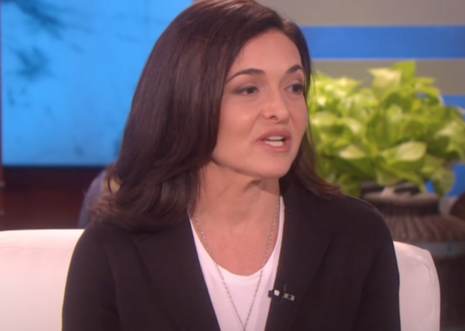 The New York Post summarized that the bill, if passed, would’ve had radical implications for the relationship between state and federal government as well: “The bill would have superseded most state laws concerning abortion, including those requiring parental notification or consent for the procedure and allowing doctors to refuse to perform abortions if they object on the grounds of personal conscience.”

In 2019, HuffPost quoted Sandberg as saying, “I think this is a very urgent moment where the rights and the choices and the basic health of the most vulnerable women — the women who have been marginalized, often women of color — are at stake.”

She said Planned Parenthood would “fight back in the courts, in Congress, in the state houses, in the streets, for women’s health and rights.” Those who see abortion as harmful to unborn women may find it ironic when she asserted: “We all have to do everything we can to protect women.”

The liberal business leader reportedly donated to pro-abortion causes in the past, including a $1 million donation to Planned Parenthood in 2017, according to HuffPost and Fortune, after former President Donald Trump became president. She referred to modern Republican legislation protecting life as “draconian,” according to the HuffPost piece. She reportedly claimed that abortion is a “critical issue” for her “when supporting any candidate for any office,” the article also noted. Sandberg suggested that donating to abortion advocacy is “one of the best ways to be politically involved.”

Then-Planned Parenthood President Dr. Leana Wen thanked Sandberg for her support. “I'm so grateful to @sherylsandberg for her longstanding commitment to Planned Parenthood & her leadership as a role model for women & girls!” she tweeted. “Now, more than ever, her generous support is necessary to help @PPact fight back against unprecedented attacks on our health & rights.”

Conservatism is under attack. Contact Facebook headquarters at (650) 308-7300 and demand that Big Tech treat people equally regardless of the color of their skin. If you have noticed bias at Facebook, contact us at the Media Research Center contact form, and help us hold Big Tech accountable.