Truth Social has met the ambitious President’s Day headline and is currently the #1 most popular app in the Social Media category on Apple’s app store. “An alternative social media platform backed by former President Donald Trump went live on Monday, becoming available for download on Apple's App Store — but access to the service appears limited for now,” CNN reported Feb. 21.

“Truth social begins today! It’s very cool,” former acting Director of National Intelligence Richard Grenell declared on Twitter. “They are limiting the number of signups per day at first - so be patient and sign up early. No more silencing our voices!”

Other popular Trump supporting commentators celebrated the launch as well. “I’m on Truth Social! As the only Member of Congress to have had my personal @Twitter account banned, I understand what millions of conservatives have gone through having their personal freedom of speech stolen from them by Big Tech for not parroting the approved messaging,” Congresswoman Marjorie Taylor Greene (R-GA) explained in a tweet. 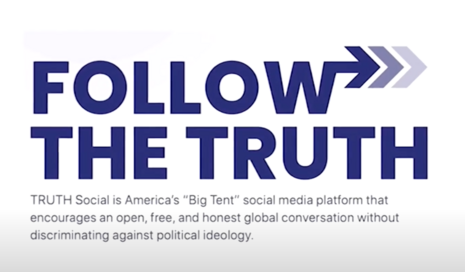 Greene condemned the political powers that be for failing to prevent the rise of censorship on legacy platforms, lamenting that “when it comes to freedom of speech, Congress has failed and stood by while Big Tech & Big Media reigns over information with an iron fist.” She appeared to imply that Truth Social may provide a “competition in the market place” in the same way that “a restaurant with bad food & service will go out of business when a new restaurant with good food & service opens.”

Even Truth Social competitor Gab congratulated the new platform on its launch day, “Best of luck to President Trump and Truth Social, this is a huge day for Alt Tech and a terrible day for Silicon Valley!”

Truth Social reportedly has a massive waitlist of people who are all signing up to have their own profiles on the platform. CNET reported that the platform has been strained by its massive popularity in its first day, as many users have been “placed on a waitlist after signing up. ‘Due to massive demand, we have placed you on our waitlist,’ read the message, which included a waitlist number. People who preordered Truth Social had the app automatically downloaded to their iPhones.”