Censorship is bad, but the irony is rich when a liberal gaming outlet like Kotaku called gaming streamer Hasan Piker’s ban from Twitch for using the term “cracker” a “bizarre moderation decision.”

Liberal gaming outlet Kotaku appeared to express outrage over how “Amazon-owned streaming platform Twitch considers ‘cracker’ a serious racial slur,” and that “socialist streamer Hasan Piker and others were banned for saying it,” according to a Dec. 14 blog post. 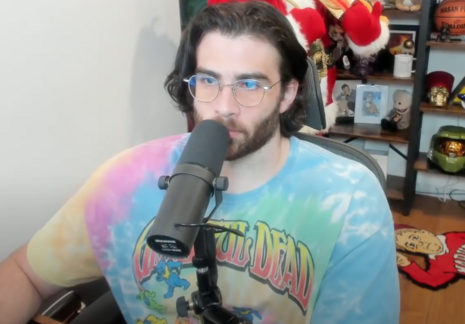 Leftist video game streamer Hasan Piker, who is the nephew of liberal Young Turks host Cenk Uygur, has reportedly been banned for using the term “cracker” for white people. “I’ve been called ‘cracker’ more times than every single one of you fucking pasty little cracker bitches in my chat, okay?” Piker said in a livestream, according to Kotaku.

Kotaku then dramatically summarized that “Whether or not cracker should be a bannable offense was catapulted into discourse, meaning that streamers like Ian ‘Vaush’ Kochinski started using the term in their commentary on the controversy—only to also get banned for it.”

Kotaku’s reporting on Piker may seem fairly tame at first blush, but the outlet let its leftist bias show when it discussed apparent conspiracy theories about white supremacy and how anti-white racism isn’t a legitimate concern:

Now, as the far right tries to fuel racist panics wherever it can keep its stranglehold over this country, culture warriors have tried to elevate cracker into an anti-white slur as offensive as any other racial epithet. The problem, of course, is that racism refers to overarching power structures, not if an innocuous word made you feel bad. Nor is ‘cracker’ equivalent to words historically used to subjugate and literally harm BIPOC.

“Disaffected Liberal” YouTuber Tim Pool responded to the Twitch crackdown on the word “cracker” by tweeting, “If you argue that private companies can ban who they want, I dont see anything wrong with anything here.” He added that “Vaush knew he used slurs, he knew they banned slurs, he got banned.”

Piker has reportedly been punished for offensive statements before, though Kotaku attempted to rationalize them: “This is only the third time Hasan has been banned from the platform. One previous instance occurred after he said that ‘America deserved 9/11’ because of its past history of foreign wars and human rights abuses.”