Facebook has reversed its crackdown of searches related to Kyle Rittenhouse now that he has been found not guilty.

During a national wave of riots in the summer of 2020, teenager Kyle Rittenhouse shot three people in Kenosha, Wis., in self-defense. Meta’s subsidiary platforms Facebook and Instagram ruthlessly impeded conservatives from sharing stories in favor of Rittenhouse or even being able to search his name before the trial was resolved. Now that Rittenhouse has been acquitted on all charges, including murder, Meta platforms appear to have changed their tune.

An unnamed spokesperson reportedly told BBC that "we will no longer remove content containing praise or support of Rittenhouse." On Tuesday, BBC’s article on the policy change clarified that “[h]is acquittal made Facebook's policy difficult to maintain.” BBC also suggested that “[t]he verdict also brought into question whether Facebook had over-corrected in moderating Rittenhouse-related content in such a way.”

The BBC article included tweets from the unverified account of the former director of Facebook’s Dangerous Individuals and Organizations division Brian Fishman. The account reportedly spoke on behalf of Facebook in August 2020, declaring why Rittenhouse content was forbidden: 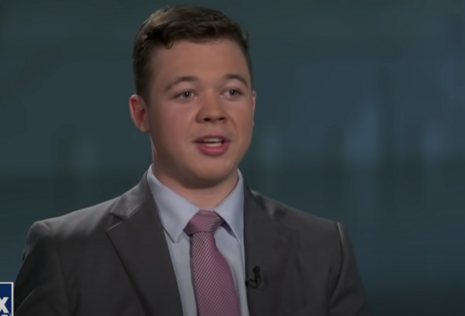 Yesterday we designated the shooting as a mass murder and removed the shooter’s accounts from Facebook & Instagram. Per standard practice in these situations, we are also removing praise and support of the shooter and have also blocked searches of his name on our platforms.

Facebook initially would not allow users to search “Kyle Rittenhouse” in the search bar and cracked down on conservative journalists for posting public support for Rittenhouse.

After the Kenosha jury acquitted Rittenhouse, the New York Post Editorial Board socked Facebook leadership with a piece headlined “Facebook declared Kyle Rittenhouse guilty, silencing his defense in the court of public opinion.”

The Post noted that “Facebook’s staff just couldn’t resist choosing a side.” The Post then cited alleged Facebook internal communications: “‘Employees are drunk on the absolute power of being in control of civics in America, without ever having to visit a voting booth (if voting is even an option).’”

Facebook infamously suspended radio host and former presidential candidate Austin Peterson for posting that Rittenhouse was “a hero,” and the platform revoked his livestream privileges for 90 days and locked him out of his professional page for 30 days.

Facebook also suspended Newsmax contributor and former staffer for President Donald Trump Jenna Ellis for 24 hours after she shared a Steven Crowder tweet that was sympathetic to Rittenhouse for crying during the trial as he recounted the violent altercation.

Conservatism is under attack. Contact Facebook headquarters at (650) 308-7300 and demand that Big Tech treat people equally regardless of the color of their skin. If you have noticed bias at Facebook, contact us using the Media Research Center contact form, and help us hold Big Tech accountable.