YouTube removed a Sept. 11, 2001 commemorative video posted by an ACT For America staffer, explaining: “[W]e think it violates our violent criminal organizations policy. We know you may not have realized this was a violation of our policies, so we're not applying a strike to your channel.”

YouTube then specified that the platform had “removed” the video in question. Act For America said the video can be viewed on free speech-oriented video platform Rumble. It contains footage of what appears to be Sept. 11, 2001 victims’ final moments calling their loved ones from the hijacked planes or from the World Trade Center buildings.

ACT For America Founder and Chairman Lady Brigitte Gabriel tweeted a link to the video on Rumble, dubbing it: “The September 11th Video YouTube Doesn't Want You To Watch.” 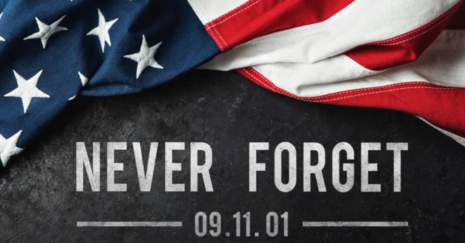 A YouTube spokesperson responded to MRC Free Speech America by explaining the platform had made an error:

Upon review, we've reinstated this video from the ACT For America channel. When it's brought to our attention that a video has been removed mistakenly, we act quickly to reinstate it. We also offer uploaders the ability to appeal removals and we will re-review the content.

The video can now be viewed once again on YouTube.

In a fundraiser, Gabriel explained that her organization’s struggle for free speech on the internet is part of an existential crisis for the country as a whole. “Silicon Valley has made it known that they will not stop until the truth we speak is removed from their platforms all together,” she explained. “This isn’t about likes, shares, and follows. This is about preserving our fundamental rights as a society to have the tough but necessary conversations about important issues without being censored from left wing big tech companies.”

Gabriel has supported the rise of alternative platforms. She implored her followers in July: “If you’re still using Google and YouTube, you’re making a BIG mistake.” she warned. “Switch to DuckDuckGo and Rumble!”

MRC Founder and President Brent Bozell stated, "We are sending this pledge to all conservative organizations and leaders and urging them to sign it. We must act together to end Silicon Valley’s corrupt grip over Washington and our public discourse." You can read that statement here.

Gabriel’s organization, Act For America, is one of many influential conservative organizations to join the Free Speech Alliance led by the Media Research Center.