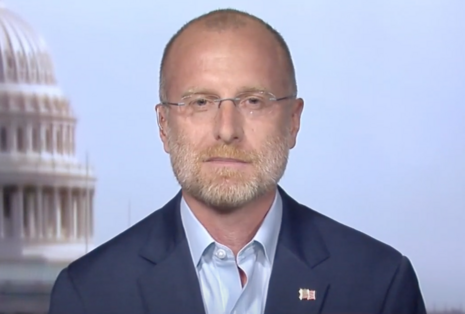 FCC Commissioner Brendan Carr declared that the burden of supporting the communications infrastructure should no longer be reliant on a telephone service model developed back in 1996: “We should start requiring Big Tech to pay its fair share.”

“Big Tech has been enjoying a free ride on our internet infrastructure while skipping out on the billions of dollars in costs needed to maintain and build that network,” Carr lamented in a May 24 opinion piece for Newsweek. “Ending Big Tech's free ride on the internet would represent a long-overdue return to the historic compact under which the businesses that benefit from a network pay their fair share for it.”

Carr drove his point home that his proposal could have massive implications for American taxpayers.

He explained further: “It would lower monthly bills for millions of Americans. And it would secure a funding model that can support the long-term investments needed to close the digital divide—a result that will allow businesses and consumers alike to prosper.”

Carr condemned the current state of affairs and warned that the current situation was completely unsustainable:

This antiquated system is on the verge of collapse. The FCC has kept it on life support by increasing the tax on consumers' telephone bills at an accelerating clip. Indeed, that tax recently surged above 30 percent for the first time. This is not sustainable; relying on this model to fund additional infrastructure would strain the system well past its breaking point.

Carr suggested that the current model, “which places the burden almost entirely on consumers,” is both “relatively new” and “no accident.” He observed that “Tech companies have been running a decades-long campaign to avoid paying their fair share.”

Carr illustrated “several ways to implement this proposal” to make Big Tech companies pay their fair share: “For one, Congress should enact legislation that ensures Big Tech contributes an equitable amount. Doing so would be timely given ongoing congressional discussions about paying for the broadband portion of a broader infrastructure package.”

He also opined that “Legislators could consider a range of potential revenue streams that have a sufficient nexus to the internet, including video streaming services like Netflix, YouTube and Amazon Prime; online advertising services like those offered by Google and Facebook; Apple's App Store and devices; content delivery networks and cloud services like AWS and online gaming services like Microsoft's Xbox.”

In the recent past, Carr has been a prominent free speech advocate.

During a Cavuto: Coast-to-Coast interview, he stated that America has “a long tradition of free speech in this country dating back to our founding where our framers decided that the American people should decide the relative value and merit of ideas, and not the government.”

Conservatives are under attack. Contact your local representative and demand Big Tech be held to account to mirror the First Amendment. If you have been censored, contact us at the Media Research Center contact form and help us hold Big Tech accountable.