Parler Interim CEO Mark Meckler explained in an interview that Parler’s app is returning to Apple’s App Store on the condition it comply with the platform’s rules. Mecklerr said that there will be alternate versions with different sets of rules.

Fox Business host Stuart Varney opened the interview with Meckler by inquiring: “I believe you've agreed to more aggressive patrolling of users' posts.” Meckler “push[ed] back very strongly,” claiming “we’re actually not doing content moderation at all, Stuart.” Meckler then admitted, however, that “what allowed us to get back on the App Store was that Apple requested that the version of the app … will have a particular kind of content censorship that is required by Apple.”

Meckler illustrated further "[The app] will censor content that is aimed at peoples’ inherent characteristics, immutable characteristics: race, gender, sexual orientation." Meckler went on to explain: "Apple doesn’t think people should be able to see that kind of content." 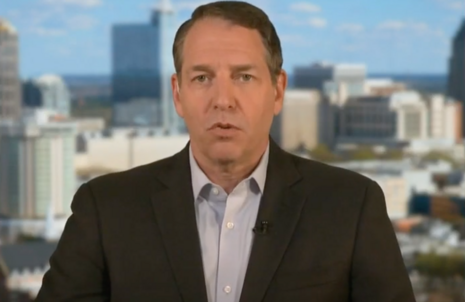 Parler does not appear happy with Apple’s requirements and has negotiated with the company to allow people to speak their minds freely. "We disagree vehemently," Meckler noted.

It appeared that Parler accessed outside the app, such as via computer or Android, would be entirely different: “If folks want to see that content, they’ll still be able to go to Parler.com and look at their account there and see that content. If people want to see that kinda stuff, it’s available on their Android app. But in order to get back on the App Store, Apple required that particular version of censorship on that particular app.”

In short, Parler said that Apple required the App Store Parler app to censor “immutable characteristics,” but users who access Parler via Android or a web browser on their computer would be able to see that content.

Meckler explained that Parler, aside from its Apple-compliant version, does not censor content unless it breaks the law: