YouTube CEO Susan Wojcicki accepted an award for freedom of expression after a year of unprecedented censorship of conservatives.

“After an unprecedented year of YouTube censorship, the Freedom Forum Institute, a group which states that its mission is ‘to foster First Amendment freedoms for all,’ has given YouTube CEO Susan Wojcicki a Free Expression Award,” Reclaim The Net reported April 16. The Freedom Forum’s official website listed YouTube as the top ranking “Signature Sponsor,” meaning Wojcicki accepted an award at an event her company funded. Wojcicki is quoted in the event’s promotional video explaining “I also really care deeply about the freedom of expression and the fact that people all over the world can use it to tell their story,” as the video cuts to footage of liberal activist commentators. 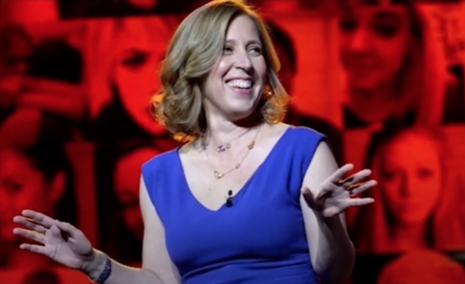 Apparently the YouTube community has hammered the video for hypocrisy. The comment section was a dumpster fire with users roasting the platform. The video has a pitiful seven upvotes compared to a whopping 2.5k downvotes at the time of publication.

The video included an admission that YouTube “removed nine million videos last quarter and almost all of them – over 90 percent – we removed with machines, which is good because it means if there’s content that’s violative, we find that really quickly.” Such an admission seems to run counter the notion that YouTube is in favor of freedom of expression.

Freedom Forum’s interviewer, despite the organization’s name, asked Wojcicki about her commitment to “protecting our community from content that can be harmful.” Wojcicki responded that the mere presence of controversial material such as “hate content, dangerous content” in the past made Youtube “no longer a platform that was viable for all these other voices out there.”

YouTube was one of at least 10 Big Tech platforms that cracked down on the former president’s accounts following his call for peace amid political unrest when rioters stormed the U.S. Capitol on Jan. 6. The crackdown on a sitting president and his supporters was so severe that even foreign world leaders ranging from Mexico to members of the European Union condemned Big Tech in the following days.

YouTube initially suspended Trump’s official YouTube channel on January 12. Wojcicki has since declared in March that Trump would only be allowed back on the platform when YouTube says it’s safe.