Preparing to Censor Speech: Facebook Gears Up for US Election Unrest

Facebook is reserving the right to reduce the spread of controversial posts and rig users’ news feeds for what it considers to be the greater good.

Big Tech has been preparing for a massive crackdown on Americans’ free speech as the election draws near. Teams at Facebook have set plans “for the possibility of trying to calm election-related conflict in the U.S. by deploying internal tools designed for what it calls ‘at-risk’ countries,” insiders have told The Wall Street Journal (The Journal). The same tools created to slow the spread of “viral content” and suppress “inflammatory” posts in foreign elections are now turned against the American people, The Journal explained October 25.

The Journal made clear that these changes have dire implications for millions of Americans as the 2020 election is mere days away:

“Deployed together, the tools could alter what tens of millions of Americans see when they log onto the platform, diminishing their exposure to sensationalism, incitements to violence and misinformation, said the people familiar with the measures. But slowing down the spread of popular content could suppress some good-faith political discussion, a prospect that makes some Facebook employees uneasy, some of the people said.” 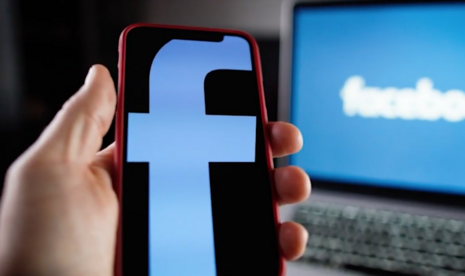 Facebook executives have reportedly warned that they would only use these tools in “dire circumstances, such as election-related violence,” The Journal explained. The same article, however, also warned that Facebook may “lower” the standard of what is considered “dangerous.”

Facebook CEO Mark Zuckerberg explained his concerns about upcoming violence in an early September interview with Axios: "I think we need to be doing everything that we can to reduce the chances of violence or civil unrest in the wake of this election." He then went on to claim: "We're trying to make sure that we do our part to make sure that none of this is organized on Facebook.”

But when Facebook is confronted with clear evidence that allegedly violent Antifa groups are coordinating via its platform, the powers that be refuse to take action all too often.

As Facebook has expanded its own censorship policies to crack down on conspiracy theorists who support Trump, it has allowed the far-left, including militia and reportedly violent groups like Antifa to remain. Facebook has been directly contacted about what major media have described as violent groups such as Rose City Antifa and foreign political interference such as far-left Canadian organization Adbusters. By failing to take action on them, Facebook has failed to follow through on its commitment to reduce political unrest amidst the 2020 election.

Also, in mid-September, Facebook allowed activists to organize on the platform to harass sitting U.S. Senator Lindsey Graham (R-SC) at his purported home address about how he intends to vote concerning a replacement for deceased Justice Ruth Bader Ginsburg on the U.S. Supreme Court.

Fox News warned in a report that “Shut Down D.C.” is “setting the stage for mass gatherings in D.C.,” amid the election. Fox News added that Shut Down DC, according to The Federalist, is calling for “potentially blockading the White House, blocking traffic, shutting down government office buildings and even Amazon fulfillment centers.”

The organization is currently active on Facebook with over 3,246 followers as of the writing of this piece.