World-famous podcast host Joe Rogan moved his massively popular and free talk show exclusively to the Spotify platform, and some of its staff members have been triggered ever since.

“In a Spotify all-hands company meeting on Wednesday, Spotify CEO Daniel Ek defended keeping transphobic content from hugely popular podcaster Joe Rogan on the audio platform,” Vice Motherboard summarized September 16. "In the case of Joe Rogan, a total of 10 meetings have been held with various groups and individuals to hear their respective concerns," Ek said, according to three sources quoted by Vice Motherboard. "And some of them want Rogan removed because of things he's said in the past." 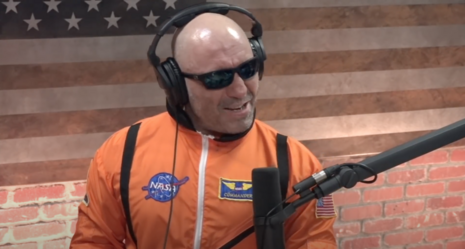 “Spotify has already removed JRE episodes with some right-wing figures, including Alex Jones and Gavin McInnes,” Vice Motherboard reported. But even so, some employees at the company can’t tolerate Rogan’s presence whatsoever. “Some staff inside the company feel alienated by Spotify's hosting of certain The Joe Rogan Experience (JRE) episodes, according to copies of some of the questions presented to the meeting obtained by Motherboard,” Vice Motherboard observed.

The specific episode of the Joe Rogan Experience Ek was referring to was from July, in which Rogan interviewed Abigail Shrier, author of the book Irreversible Damage: The Transgender Craze Seducing Our Daughters, according to one of the sources. From the opening moments of that podcast, Shrier associates transgender youth with those with autism; Shrier and Rogan spend parts of the episode explaining that young people are being pressured into transitioning by YouTube and other media.

Rogan replied in the podcast that "You realize that people are not looking at this objectively.” Rogan then observed: "They are activists and they have this agenda, and the agenda is very ideologically driven that anybody who even thinks they might be trans should be trans, are trans, and the more trans people the better."

“The Joe Rogan Experience, one of the most popular podcasts in the world, is coming to Spotify via a multi-year exclusive licensing deal,” Spotify declared in a May 19 announcement. The announcement summarized Rogan’s appeal, suggesting he “brings his sensibilities as a stand-up comic to the show” and “fearlessly broaches far-ranging topics including neuroscience, sports, comedy, health, infectious disease, and our ever-changing culture.”

Rogan has had discussions with political figures ranging from Congressman Dan Crenshaw (R-TX) to Senator Bernie Sanders (I-VT). He has also done interviews with the likes of The Daily Wire's Ben Shapiro and Professor Jordan B. Peterson. He has also teamed up with free speech YouTubers like Tim Pool to roast Big Tech elites like Twitter CEO Jack Dorsey over censorship.