Secretary of State Mike Pompeo explained in a Fox News interview that the U.S. government may consider a ban on Chinese social media such as popular video/meme sharing app TikTok.” This follows similar action by India, which reportedly banned no less than 59 Chinese apps.

Pompeo declared in a Fox News interview that the viral video sharing app TikTok is no laughing matter for American security. “We are taking this very seriously,” he vowed, according to The Verge. When FNC's Ingraham Angle host Laura Ingraham asked whether Pompeo believes Americans should download the controversial app, Pompeo replied, “Only if you want your private information in the hands of the Chinese Communist Party.”

TikTok, a seemingly innocent app for sharing short viral videos has been scrutinized for its data vulnerabilities, to the point that the U.S. military has outright banned its members from using it. It is enormously popular with young people and is infamously owned by ByteDance, a Chinese firm directly controlled by the Chinese government. 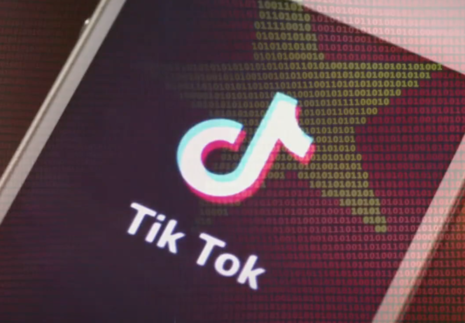 A TikTok spokesperson reportedly responded to Pompeo’s condemnation by writing, “We have no higher priority than promoting a safe and secure app experience for our users,” and that “We have never provided user data to the Chinese government, nor would we do so if asked.”

But this contradicts what sitting American politicians have raked the company over the coals for. Senator Josh Hawley (R-MO) declared after a Senate Judiciary subcommittee hearing on big tech’s connections to China that “TikTok is scooping up immense amounts of data and they are sharing it with Beijing; they are required to.”

Even Silicon Valley elites have spurned it as foreign spyware. Reddit CEO and co-founder Steve Huffman blasted TikTok during a discussion panel at the “Social 2030” venture capital conference last February, declaring the app “fundamentally parasitic.” He allegedly warned people, “Don’t install that spyware on your phone.”

Multiple outlets have reported that internet users organized the alleged sabotage of a Trump rally by coordinating on the TikTok app. Liberal youth on social media allegedly sent out calls to action for people to serve seats at the upcoming rally in order to deny access to actual supporters, decreasing actual turnout. “[T]he idea to troll President Donald Trump with false ticket reservations to Saturday's rally in Tulsa, Oklahoma came from TikTok,” NBC News reported.

The Verge commented that America is not the only country to grow wary of TikTok’s ties to the Chinese government:

“Last week, the Indian government announced that it would ban TikTok and other popular Chinese-connected apps like WeChat over allegations that they are ‘engaged in activities … prejudicial to sovereignty and integrity of India.’ TikTok responded to the Indian government’s statements, saying, ‘TikTok continues to comply with all data privacy and security requirements under Indian law and has not shared any information of our users in India with any foreign government, including the Chinese Government.’"