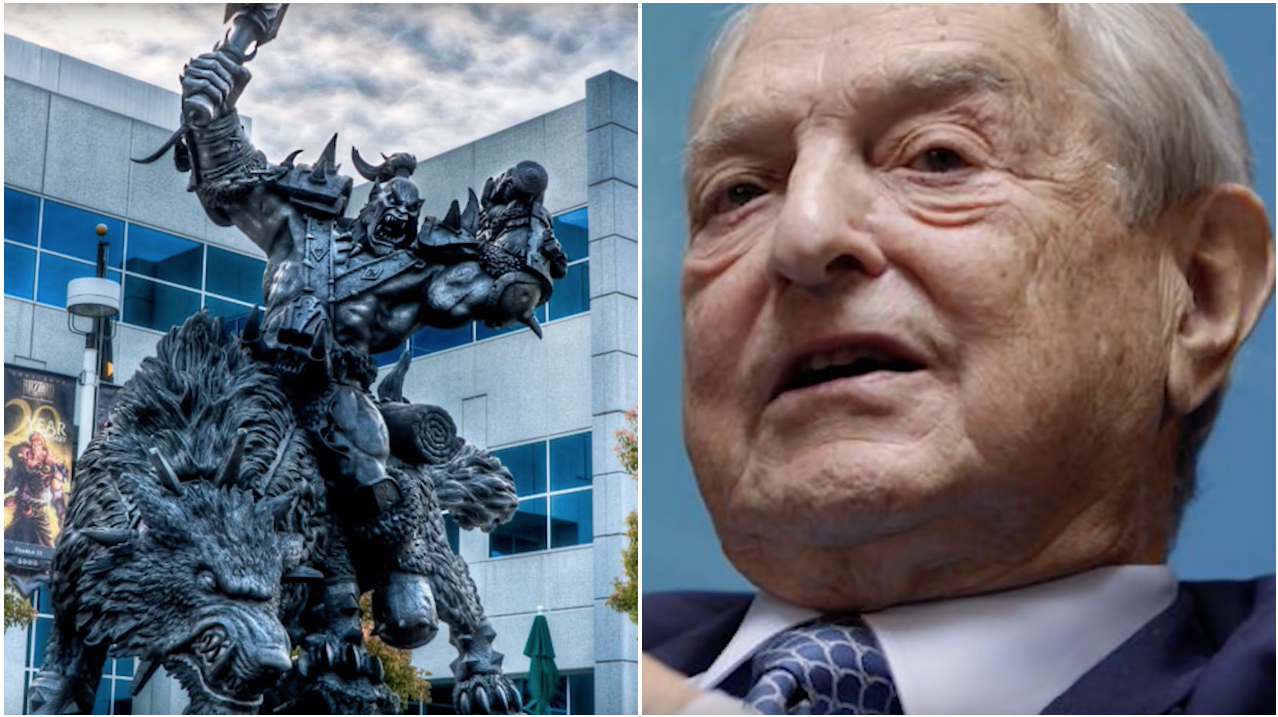 As if the Big Tech video game industry wasn’t liberal enough, now Soros has bought $45 million worth of shares in one of its biggest contenders.

Liberal billionaire George Soros has reportedly purchased “758,000 shares, which were worth over $45 million at the end of Q4” according to Nasdaq. Activision Blizzard is famous for a widespread lineup of popular game franchises, including: ‘Call of Duty,’ ‘World of Warcraft,’ ‘Guitar Hero’ and ‘Candy Crush.’

Wedbush analyst Michael Pachter reportedly wrote that this is a strong choice:

“The cupboard at Activision is full, and we see great potential for the company’s release pipeline over the next three years… we expect tech giants Amazon and Google to compete aggressively with Sony and Microsoft to roll out cloud-based game streaming initiatives; this could have the double-edged benefit of expanding the market for games dramatically and of increasing competition for titles, which should benefit Activision’s margins over the medium term.”

5-star analyst Laura Martin of Needham was also quoted by Nasdaq. She explained why Activision Blizzard’s diverse range of game franchises will make this a rockstar investment:

“What we like most about ATVI’s strategic position is that it owns all if its IP and manages large, global, super-fan communities. Additionally, it has diverse revenue streams with big moats based on hit franchises. Also, its outstanding shooter games attract global audiences, which maximizes revenue. Finally, we like ATVI’s focus on creating eSports competitions around its games, including the Overwatch League and Call of Duty League, as it attracts sponsorship revenue which represents a new source of revenue…”

Blizzard appears to have jumped the shark in recent years -- even capitulating to communist censorship in 2019.

Blizzard suspended and withheld prize money from Hong Kong-based competitive Hearthstone player Chung Ng-wai, better known as Blitzchung. He had been suspended for shouting a Hong Kong protest slogan, “Liberate Hong Kong, revolution of our times!” during a post-game interview broadcast live from Taipei, Taiwan, Oct. 6 while clad in a respirator and goggles in solidarity with the protestors. Shortly thereafter, Blizzard employees staged a walkout in front of their headquarters as the #BoycottBlizzard hashtag went viral.

Oregon Senator Ron Wyden (D-OR) tweeted, “Blizzard shows it is willing to humiliate itself to please the Chinese Communist Party. No American company should censor calls for freedom to make a quick buck.” Senator Marco Rubio (R-FL) tweeted: “China using access to market as leverage to crush free speech globally. Implications of this will be felt long after everyone in U.S. politics today is gone.”