00:00 00:00
Font Size
LGBTQ Privilege? YouTube CEO Susan Wojcicki said the company consults with the LBGTQ community to make sure they don’t feel they are being censored. Wouldn’t it be nice if conservatives had such a seemingly favored group? 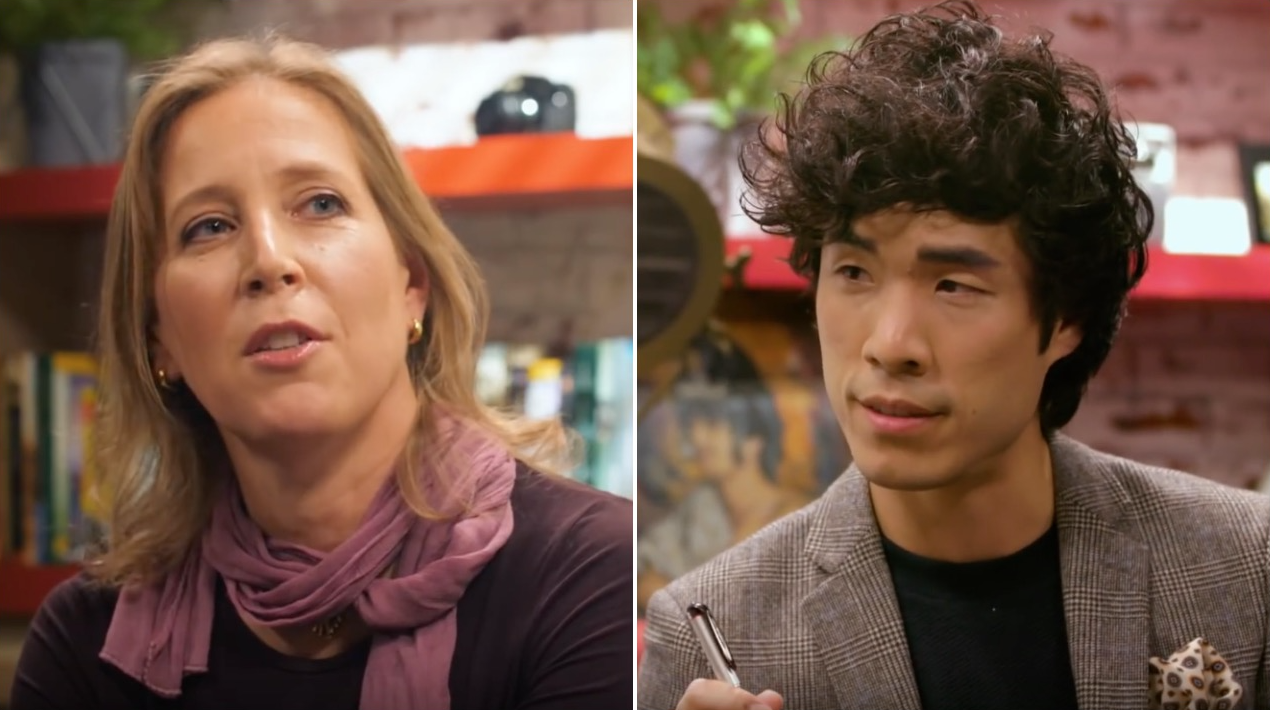 Wojcicki spoke to Eugene Lee Yang of “The Try Guys” on Dec. 16 regarding YouTube’s harassment policy update and apparent efforts to appease the LGBTQ creator community’s concerns. “Every single time we make a change,” she emphasized, one of the factors measured is “the impact on a set of LGBTQ creator videos.” She also described how YouTube proclaimed it will deplatform creators, even those who have technically followed the rules, if they are perceived as repeatedly pushing the envelope of critiquing groups with a “protected status.”

“YouTube has been accused of supressing queer voices,” Yang commented before asking, “What is being actively done to protect content that has committed no other violation besides keywords to avoid demonetization, particularly for the queer community?”

Wojcicki explained how YouTube has come up with a team initiative across the company that helps with ensuring “machine learning fairness.” Machine learning “is based on data sets that come from humans,” she said. And so, “we have humans give us information, and then the machines learn from the humans. And we want to make sure that whatever data was fed to the machines, that we are doing everything we can to make sure that there’s no bias that accidentally sneaks into there.”

She described how YouTube helps ensure better machine learning by consulting a group of LGBTQ creators in order to ensure they are being treated fairly.

Wojcicki explained that YouTube employees use that information “as an index and a way to measure and say, ‘Was there some change here that we couldn’t have anticipated that would affect this content in a way that we couldn’t have predicted?’ And so, that’s one factor that we use to make sure that whatever we’re rolling out does not have any kind of impact on creators that come from the LGBTQ community.”

“We will no longer enable and will remove and strike any kind of indirect or any kind of implied threat,” stated Wojcicki. While naturally, YouTube does not allow explicit threats, this exampsion to include what they themselves perceive as implied threats can lead to the deplatforming of people for jokes about public figures.

“The second one is a protection for everyone on what we call ‘protected group status,’ she continued. “So, going forward, we will not allow any kind of content that maliciously insults someone for any kind of protected group status, and what that means is categories like race, religion, sexual orientation, immigration status.” She specified that those are all factors that can not be used as a basis for “maliciously attacking or insulting someone”

“The third one,” Wojcicki described as “someone doing videos repeatedly, where, maybe each individual video doesn't quite meet the standard that I talked about in number one and number two, but yet the fact that they are repeatedly doing something that verges on harassment and is a cause for us to take a look at that, talk to the creator who is doing that, and have consequences, whether that’s removal from our monetization program, strike on the video, or termination of the channel.”

After all, it was the controversy over Steven Crowder’s mockery of Carlos Maza which spurred this harassment policy reformation, as Wojcicki herself acknowledged in the interview.

The question here is whether these key points will be extended to groups deemed by the left as privileged, such as “white” or “Christians.”

Will YouTube censor liberal channels that appeared to target people on their race? Channels like Buzzfeed and one of its “identity-driven lifestyle brands” As/Is, with 10.7 million subscribers, won millions of views and clicks from videos pitting protected status groups against white people with videos like “24 Questions Black People Have For White People,” “26 Questions Asians Have For White People”, and “If Asians Said The Stuff White People Say,” the last two of which coincidentally appear to feature Yang himself.

How about religion? YouTube censored The Heritage Foundation's video of Pediatrician Dr. Michelle Cretella comparing transgenderism to mental illness, will it take the same approach to videos among the thriving Atheist YouTube community for comparing religion to a mental illness as well? Both groups after all, are merely saying what they believe to be the facts.