Google Cracks Down on ALL Political Speech Among Employees

After waves of criticism — from accusations of bias to firing employees for their political beliefs — Google has rolled out new internal rules for people of all political stripes. Don’t be political.

Recode wrote about Google’s new rules, announced Thursday August 22, which include “restrictions on political expression and guidelines on internal debates about company activity.” The guidelines themselves forbid “disrupting the workday to have a raging debate over politics” and encouraged employees to report violations via a “central flagging tool.”

They also warned employees against making “false or misleading statements about Google’s products or business that could undermine trust in our products and the work that we do.” Violating these policies in a time when Google is under scrutiny from both the political left and right could result in “disciplinary action.” 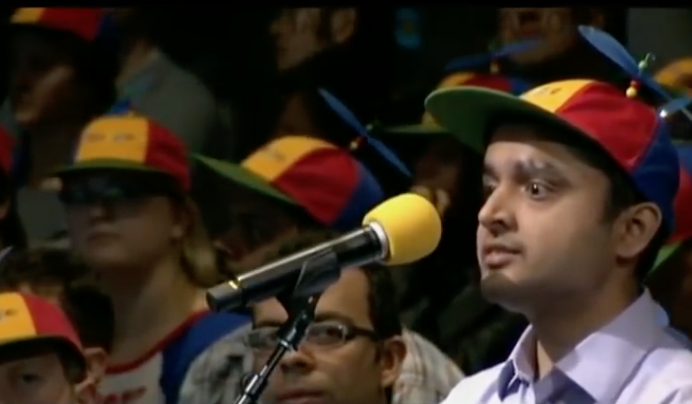 Liberal Recode wrote that these changes come amid various controversies, including Republicans' “unfounded accusations that the company’s products display a bias against conservatives.”

Recode made no mention of the Project Veritas leak, which showed Google’s Responsible Innovation Head Jen Gennai explaining how Google was training its algorithms in a way that might alter elections. She said that Sen. Elizabeth Warren’s plan to break up the company was counterproductive and would not “prevent the next Trump situation.” In the video, Gennai bragged, “We’re training our algorithms, like, if 2016 happened again, would we have … would the outcome be different?”

The article also made no mention of presidential contender and conservative-friendly Democrat Rep. Tulsi Gabbard (D-Hawaii) suing Google for $50 million. She accused the search platform of meddling in the election by allegedly disrupting her ads after her primary debate. Her Twitter account responded to the incident saying “it is vital to our democracy that big tech companies can’t affect the outcome of elections.”

However, Recode did acknowledge, “Employees on both sides of the political aisle have accused Google of retaliating against workers on the basis of their ethical and political beliefs.” In addition there have been internal debates over how best to “moderate abusive content on YouTube.”

Google had to scrap the censorius Dragonfly search engine it was creating for the Chinese government, as well as laid out plans to punish any employees who whistleblow on its further internal projects. Whistleblower Zachary Vorhies said that Google sent police to his house on more or less false pretenses to intimidate him after he leaked hundreds of pages of documents. These documents revealed that Google blacklisted conservative websites like NewsBusters and deliberately rigged the order of YouTube videos and search results.

But Google CEO Sundar Pichai has a plan. In a Thursday email he unveiled the company’s new community guidelines, which now strongly discourage workers from discussing politics, regardless of whether they lean left OR right, on Google’s internal communications.

The guidelines stated in one passage that “while sharing information and ideas with colleagues helps build community, disrupting the workday to have a raging debate over politics or the latest news story does not. Our primary responsibility is to do the work we’ve each been hired to do, not to spend working time on debates about non-work topics.”

Employees will also be encouraged to report their peers who violate these rules with the “central flagging tool.” A new team of internal employees will then judge these comments and see if they merit penal action.

Other parts of the guidelines more specifically addressed data security and were meant to avoid company scandals. An excerpt read “We’re all free to raise concerns and respectfully question and debate the company’s activities — that’s part of our culture.” However, what followed was an important, leak conscious caveat: “Be sure to speak with good information. Don’t assume you have the full story, and take care not to make false or misleading statements about Google’s products or business that could undermine trust in our products and the work that we do.”

Toward the end, Google made clear that these rules are not to be trifled with. “If discussions or behavior don’t align with this policy, managers and discussion owners/moderators are expected to intervene” it read. “If necessary we will remove particular discussion forums, revoke commenting, viewing, or posting privileges, or take disciplinary action.”

Between controversies over employees claiming to be persecuted for their politics and controversial projects being leaked, it’s easy to see why one of the most famously open companies has now ditched all that to become a politics-free zone.