Guterres lamented that “hate” is moving into the mainstream and has “poisoned” debate on migration policy. He claimed this is done via “false narratives linking refugees and migrants to terrorism and scapegoating them for many of society's ills.”

Guterres described this groundswell of “hate speech” as a “menace to democratic values, social stability, and peace. It spreads like wildfire through social media, the Internet, and conspiracy theories.” 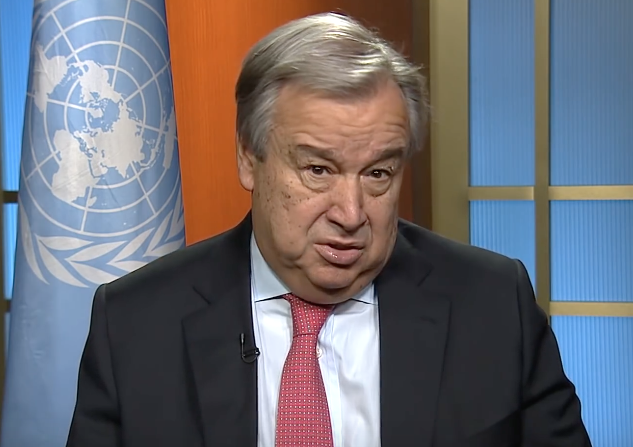 Perhaps his most revealing statement of bias was when he combined "rising anti-Semitism and anti-Muslim hatred." He neglected to note that part of the rise of anti-Jewish rhetoric has been as a direct result of mass-migration from the Islamic world.

The New York Times noted that in a 2013 study about Sweden’s spike in anti-Jewish rhetoric and violence, “51 percent of anti-Semitic incidents in Sweden were attributed to Muslim extremists. Only 5 percent were carried out by right-wing extremists; 25 percent were perpetrated by left-wing extremists.” The Times also cited similar problems in France. Guterres’ statement was also revealing because anti-Christian rhetoric and terror attacks were not even included in his discussion.

When Liberal authorities use terms like “racism,” they do not mean racism in the the strict sense of racially based hatred. That’s why they ignore the race-based, government supported land seizures and killings of white farmers in South Africa.

Guterres commented that this “hate” has found fertile ground “in liberal democracies and authoritarian systems alike," nothing that "some major political parties and leaders are cutting and pasting ideas from the fringes into their own propaganda and electoral campaigns.”

He blamed "an insidious campaign” against the Global Compact on Migration. The UN chief noted that the campaign "failed." He made his comments at the opening of the 40th session of the UN Human Rights Council on February 25.

Seventeen countries either abstained from or openly voted against the compact last December, sparking fiery debate both between and within European powers.

“For our part, I have tasked my special adviser for the Prevention of Genocide, Adama Dieng, to bring together a UN team to scale up our response to hate speech, define a system-wide strategy and present a global plan of action on a fast-track basis.”

However this would manifest online, tech companies seem more than willing to help. Last November, The French government met with U.S. tech giants to declare the “Paris Call” for regulation of the internet to prevent hate speech. The same big tech companies that are wary of being regulated by the U.S. government in order to protect free speech, will gladly volunteer to be regulated by foreign governments so that they can restrict free speech.