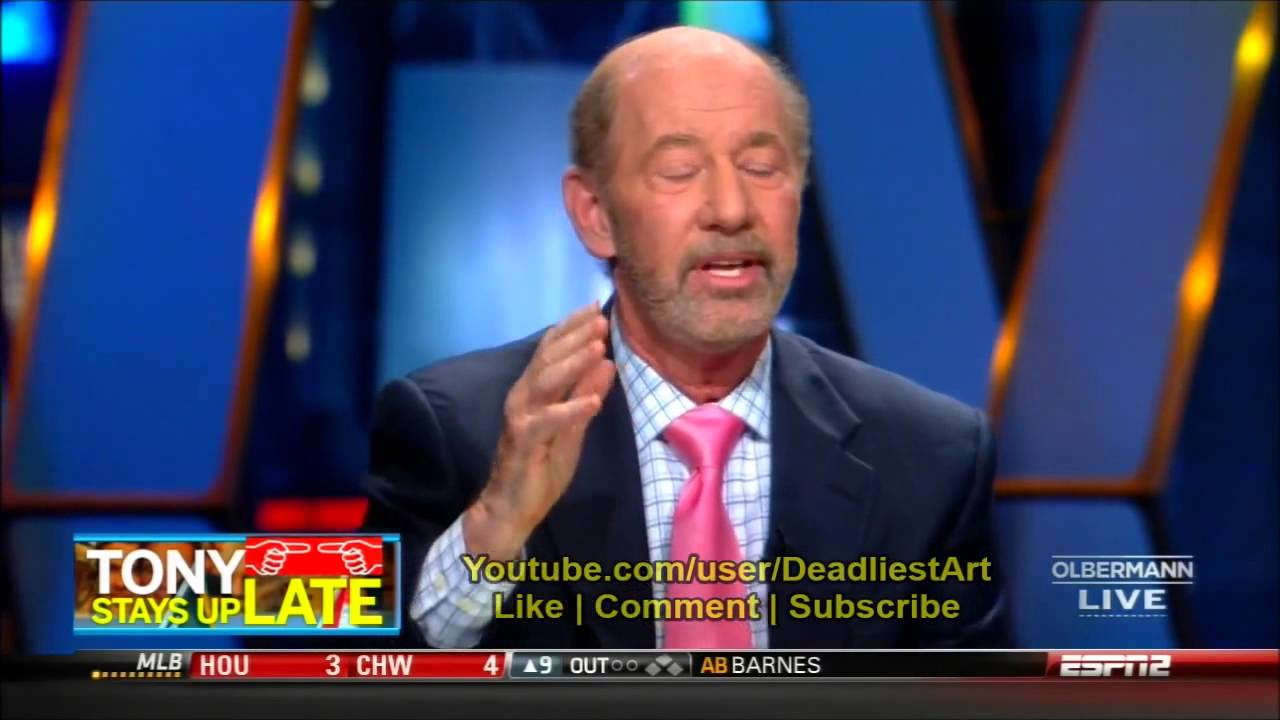 On Tuesday’s Washington D.C. ESPN 980’s “The Tony Kornheiser Show,” host and Obama golfing buddy Tony Kornheiser let fly with an inferno of silly in reaction to Sen. Marco Rubio’s (R-FL) announcement that he intends to run for the Republican presidential nomination in 2016.

He referenced a Father’s Day 2014 article Rubio wrote for The Daily Caller on why American families need strong fathers. In it, Rubio shared a touching story about how, when he was 8 years old, his father used to call him on the phone and pretend to be Hall of Fame Dolphins coach Don Shula, reminding him that if he didn’t wear the leg braces his doctor had told him to wear, the future Senator would not be able to come play ball for him when he was older.

According to Kornheiser, the fact that an 8 year old Marco Rubio couldn’t distinguish between his dad and legendary Miami Dolphins coach Don Shula automatically disqualifies him from being president.

“Marco Rubio is going to try and sell us on notion that he thought that was Don Shula calling every day,” Kornheiser said. “You have cognition at 8-10 and if you’re the biggest Dolphins fan in the world I guarantee you you’re watching the postgame and you’ve heard Don Shula. You’ve grown up with the voice of Don Shula. I’m sorry, Don Shula doesn’t sound like Papi LeBatard (co-host of ESPN’s Highly Questionable). He doesn’t, because he’s born in Ohio. What I’m saying is, this to me automatically disqualifies Marco Rubio from being president.”

Recall a few years ago when Kornheiser’s pal Obama, professing to be a huge Chicago White Sox fan, referred to the old stomping grounds of the South Siders as, “Cominsky Field.” Unfortunately, the Sox played at “Comiskey Park” not “Cominskey Field.” The only baseball team in Chi-town that plays at a “field” is the hated North-side Cubs – something an actual fan would never mistake. In fact, Obama doubled-down on his fraudulent status as a White Sox fan the next year by repeating the “Cominskey Field” line again on a Nationals broadcast.

Yet, nowhere did my research department (Bing) produce a single example of Tony Kornheiser, or any other member of the sports media, using Obama’s gaffe-tastic flubbery as a disqualifier of his ability to be president.

Hillary Clinton’s shameless pandering didn’t disqualify her to Kornheiser or anyone in the sports media in 1999, when after hosting the World Series Champion Yankees on the South Lawn, just days after announcing that she had formed an exploratory committee to run for Senate in New York, Hillary told Katie Couric that she was becoming “a big Knicks fan” and that she had “always been a Yankees fan.”

This despite her growing up in the Chicago suburbs and the existence of photographic evidence of Mrs. Clinton proudly sporting a Chicago Cubs hat on at least two occasions.

So a calculating, machine-politician born in Illinois, schooled in Massachusetts and Connecticut and living most of her adult life in Arkansas and Washington, D.C. mysteriously becomes a Yankees fan a week after declaring she’s running for Senate in New York … Kornheiser gives her a pass. But an 8-year-old duped by his father’s heartfelt and well-meaning ruse earns his contempt.

Kornheiser is right about one of those two people needing to be disqualified from running for president. He picked the wrong one.