The major broadcast networks continued their defense on Wednesday night of the Iranian nuclear arms agreement and specifically President Obama’s press conference from hours before, ruling that the President was “on offense” in providing “a spirited defense” of the “history-making deal.”

On NBC Nightly News, senior White House correspondent Chris Jansing reported on the press conference and, not surprisingly, provided favorable coverage for the Obama administration. Portraying the debate as “intense” with Obama “on offense,” Jansing gushed that he went “point by point today” in “answer[ing] critics who say the agreement makes the world less safe.”

Along with being the only network reporter to not mention the heated moment between President Obama and CBS News chief White House correspondent Major Garrett, Jansing again fawned over the President’s performance later on in her report: “At one point during the press conference, the President pulled out his notes to answer questions that hadn't even been asked. He's so intent on making his case.”

In addition to failing to mention Garrett’s question, NBC again declined to even acknowledge the yet-to-be-determined fate of the four Americans still being held captive by the Iranians (who are the world’s leading state sponsor of terrorism). Since the deal's announcement, Tuesday's NBC Nightly News and Wednesday's Today have remained silent on this issue.

Moments earlier, Jansing did highlight how it’s not only Republicans that are against the deal but many Democrats as well:

Many of the skeptics are Democrats, at least 14 of them just in the Senate. The key player. New York's Chuck Schumer. He's close to Hillary Clinton, who was on the Hill yesterday supporting the deal, but he's torn between progressive constituents who like the diplomatic approach and many Jewish voters who believe it makes Israel less safe.

The CBS Evening News began its Wednesday program with the press conference and anchor Scott Pelley proclaiming that “[t]oday, President Obama gave a spirited defense of the nuclear deal with Iran, even as Republicans surround to kill it.” 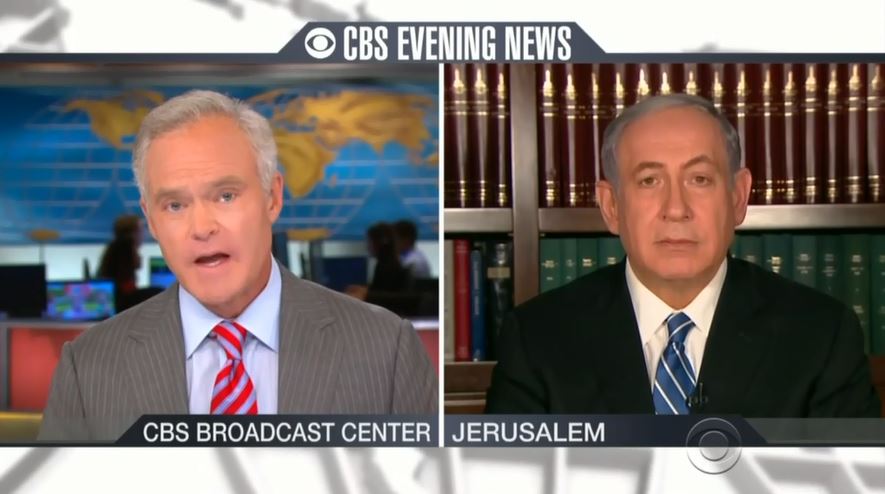 In a clips of a taped interview with Israeli Prime Minister Benjamin Netanyahu, Pelley pushed back against Netanyahu’s criticism of the deal and hounded him with White House talking points:

You talk about the agreement making it easier for Iran to achieve a bomb, but they have to give up 98 percent of their uranium. They have to cut their centrifuges that enhance uranium by two-thirds. How does that make it easier, and why isn't delaying a bomb a very good deal for Israel?

While Pelley felt it pertinent to go after Netanyahu, the CBS anchor had little to say about Garrett’s confrontation with Obama other than that “he was also asked about four Americans being held in Iran and why their release was not part of the deal” with “[t]he question [coming] from Major Garrett, and Mr. Obama didn't like it.”

Pelley added after a video clip of the exchange that Obama “went on to say that the detainees weren't included because Iran would have tried to get additional concessions by holding them.” 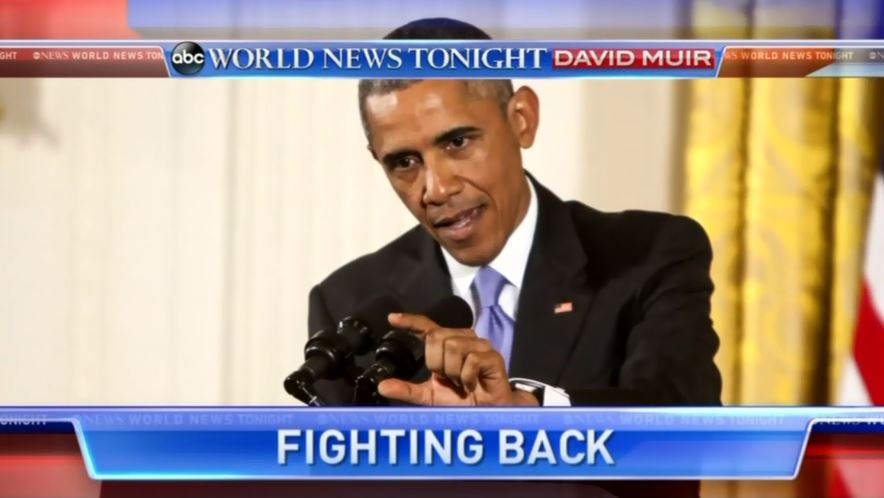 The narrative was much the same on ABC’s World News Tonight as anchor David Muir touted “the debate” and “firestorm” as the President fought “back against his critics here at home” and hyped “[t]he moment he chastises a reporter on live TV, saying 'you should know better.'”

Before handing off to chief White House correspondent Jonathan Karl, Muir again held up Obama as “fighting back after that history-making deal with Iran” and “taking on his critics at home and around the world.”

To their credit, ABC did indeed run the clip of Karl questioning Obama about the lack of support in Congress: “It looks like a large majority will vote to reject this deal. Do you have any concerns about seeing a majority of the people's representatives in Congress saying that this is a bad deal?”

Concerning Garrett’s question, Karl explained that “[t]he President bristled when asked about the four Americans who are still either imprisoned or missing in Iran” with the four being “[a] reporter, a Marine veteran, and evangelical pastor and a retired FBI agent.”