On Thursday’s network evening newscasts, CBS and NBC did their parts in touting the supposed state of race relations in America with CBS’s Scott Pelley holding up the deadly shooting in Charleston as “com[ing] at a time of increasing mistrust between blacks and whites” while NBC’s Harry Smith proclaimed that the “virus” of racism from the 1960s “never died.”

After a segment on President Obama’s attempts to push through gun control measures, CBS Evening News anchor Scott Pelley shifted gears to introducing a report from correspondent Jim Axelrod by bemoaning that church shooting “of course comes at a time of increasing mistrust between blacks and whites.”

Citing a recent CBS News/New York Times poll that found that 61 percent of Americans believed race relations are bad, Axelrod ruled that the country is “growing increasingly pessimistic” on the issue and that “the full picture of hate in this country may actually be more troubling.”

Axelrod then brought in Richard Cohen of the leftist Southern Poverty Law Center to state that “the true number” of hate crimes committed annually in the U.S. is 30 times larger than the F.B.I’s official number of 5,922 incidents in 2013. Cohen also bemoaned the fact that, in states like South Carolina, “there's actually not even a hate crime law” on the books.

Meanwhile, NBC News correspondent Harry Smith capped off NBC Nightly News with a much larger look at the racial history of America by first referencing deadly bombing of a church in Alabama in 1963 and the beatings that occurred at the Selma March in March 1965.

Alluding to Dr. Martin Luther King Jr’s “I have a dream” speech, Smith stated that: “50 years ago, it seemed racism had met it's match.” Smith admitted that “it did,” but paused to add “to a point.” Along with King’s assassination, Smith noted that “laws were changed and some hearts were changed, too” before wondering: “[W]hatever happened to that affirmation of equality?”

In attempting to answer his own question, Smith opined that maybe “the virus of racism never died” but instead “just laid dormant to flare up again in new ways” until incidents like Freddie Gray took place and “push[ed] people to the streets.”

Ignoring the fact that no one has been killed in recent marches and rioting, Smith continued to observe that: “In lots of places in our land, there is unease, there is distrust. Aren't all men created equal?” Moments later, he concluded: “Numb to the value of another person's life. What harms our neighbor, harms us. Why is that so hard to understand?”

The transcript of the segment from June 19's NBC Nightly News can be found below. 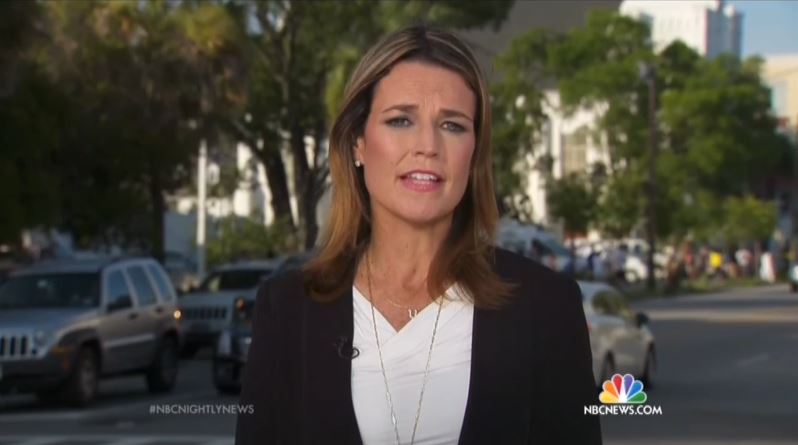 SAVANNAH GUTHRIE: Finally tonight, through the grief here in Charleston, we are once again confronted with the troubling state of race relations in this country. We witnessed so much recently and the attack on one of the most historic black churches, sanctuaries that have so often become targets over the generations. Here’s Harry Smith.

HARRY SMITH: If you're old enough to remember when four young girls were killed on a Sunday morning in Birmingham, Alabama, you thought you seen the worst. If you remember the batons and the beatings on a bridge in Selma, Alabama, then you knew you witnessed evil. 50 years ago, it seemed racism had met it's match. 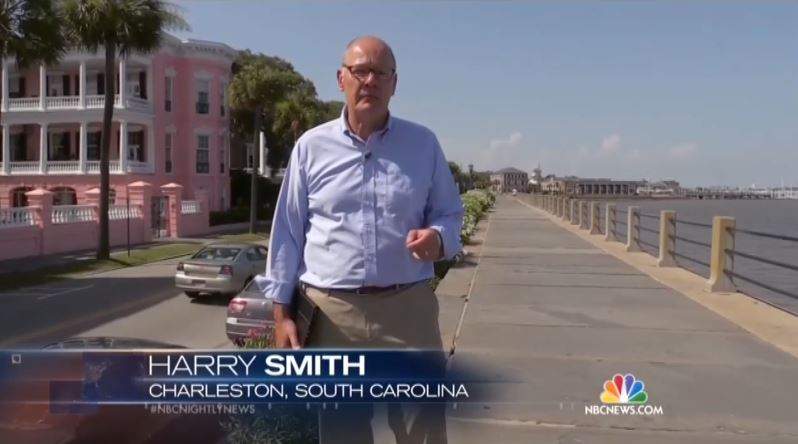 SMITH: And it did – to a point. A martyr fell and laws were changed and some hearts were changed, too, but whatever happened to that affirmation of equality. Perhaps the virus of racism never died. It just laid dormant to flare up again in new ways. A man dies in police custody in Baltimore, pushing people to the streets. In lots of places in our land, there is unease, there is distrust. Aren't all men created equal? Steven Adams is a student at the Citadel.

CITADEL STUDENT STEVEN ADAMS: I think it's something that is a common occurrence in our society and I think people are becoming more and more numb to – to those things.

SMITH: Numb to the value of another person's life. What harms our neighbor, harms us. Why is that so hard to understand? Harry Smith, NBC News, Charleston.