FNC’s Kurtz Pans Obama’s YouTube Interview; Maybe Its How He Wants the ‘WH Press Corps to Act Around Him’

Appearing on the Fox News Channel (FNC) program The Kelly File on Thursday, MediaBuzz host Howard Kurtz gave his critique of President Obama’s interviews with three YouTube personalities by describing it as “beneath the dignity of the office” and “maybe” the way that “the President wants the White House press corps to act around him.”

Host Megyn Kelly first asked Kurtz what he thought of the whole stunt and admitted that GloZell was “funny” and didn’t have a problem with Obama appearing on other talk shows like “Ellen, The View, or [The] Colbert [Report],” but thought this went too far.

Kurtz wondered: “[W]hen did eating milk and cereal out of your bathtub become an audition to interview the President of the United States?”

While he opined that Obama has “a sense of humor,” Kurtz declared that the event seemed to be “beneath the dignity of the office to be hanging out with some of these YouTubers.”

Following a joke from Kelly about one of the softball questions Obama was asked, Kurtz continued on that the interviews by GloZell, Hank Green, and Bethany Mota were far from hard-hitting:

There was Hank Green thanking him for ObamaCare. There was Bethany Mota saying his answers were awesome, asking him what super power he would like to have and also taking the selfie. So, maybe this is how the president wants the White House press corps to act around him.

To cap it all off, Kurtz brought up the fact that the YouTube interviews came two days after the State of the Union which, traditionally, “is a serious policy speech” and he succeeded that Obama and the White House are not serious about seeing some of his liberal proposals enacted.

Instead, Kurtz said it felt as though “Obama was just going to the D-list Hollywood afterparty” where he “hangs out with GloZell.”

In the next segment, Kelly interviewed Democratic strategist Mark Hannah and offered more of her own take on this story, which included wondering why the White House did this to promote Obama’s State of the Union proposals when young people “don’t care” about what was said in it:

Also, she predicted that even though “she's funny,” that “doesn't mean she should get to sit down with the President at the White House” and her viewers “don’t want to watch this” when they would rather “want to see her eat weird stuff.”

The transcript of the segment from FNC’s The Kelly File on January 22 can be found below. 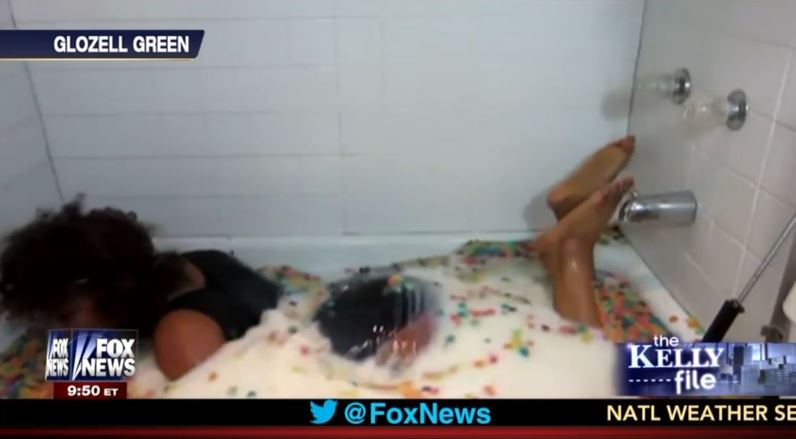 MEGYN KELLY: Should we put a viewer warning on that? That was GloZell, one of three YouTube stars to score a sit-down interview with the President of the United States earlier today. While she did ask him a few hard hitting questions, this was one of our favorite moments.

GREEN: My momma said whenever you go to somebody's house you have to give them something.

GREEN: So I have green lipsticks. One for your first wife – 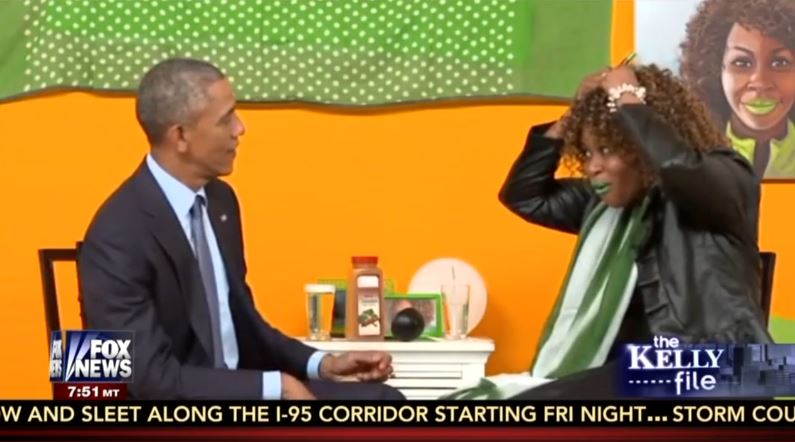 PRESIDENT BARACK OBAMA:  Do you know something I don't?

GREEN:  Oh, for the First Lady and the first children.

KELLY: Howard Kurtz is host of Media Buzz on Fox News. Howie, how did it go?

HOWARD KURTZ: Well, look, GloZell is a star, she's funny, she’d probably have her own Netflix show by next week, but when did eating milk and cereal out of your bathtub become an audition to interview the President of the United States? Now Megyn, I'm not some old media curmudgeon saying Obama shouldn't go on Ellen or The View or Colbert. He’s got a sense of humor, that’s a political asset, but it just seemed beneath the dignity of the office to be hanging out with some of these YouTubers.

KELLY: You think? The woman who was bathing herself in the Fruit Loops one day and then sitting down with the President of the United States the next day, asking questions like about Cuba, like saying that – that the Castros put the “D” word in dictatorship. 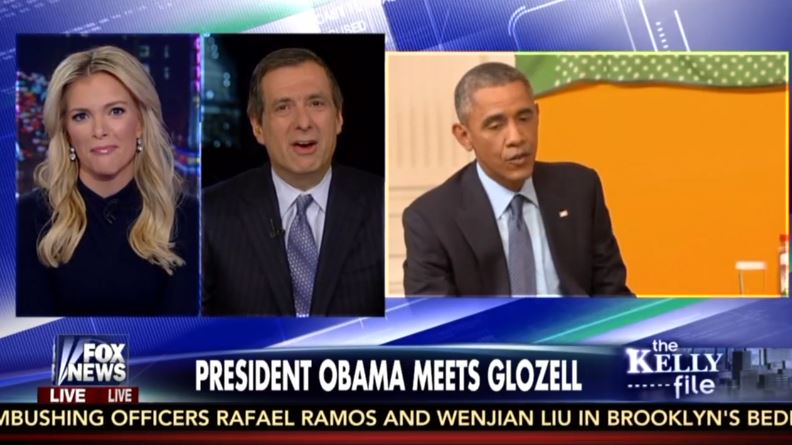 KURTZ: I was going to let you handle that one.

KELLY: I wasn't sure how I was going to get that, but like, yeah, really, this is what the President is across from.

KURTZ: Well, there was that. There was Hank Green thanking him for ObamaCare. There was Bethany Mota saying his answers were awesome, asking him what super power he would like to have and also taking the selfie. So, maybe this is how the president wants the White House press corps to act around him.

KELLY: You know, here's a question for you, you know, Yemen was, like, collapsing today and al-Qaeda is really big there and he was sitting down with GloZell and I'm just thinking like, doesn't anybody say, well, this may not be the best – these may not be the best optics for us. That's what all the reporters always focus on.

KURTZ: Well, even if you grant it, the White House didn't know in advance there would be another foreign policy crisis. I mean, this was scheduled as the first interview two days after the State of the Union. Now, the State of the Union is a serious policy speech and this looked like Obama was just going to the D-list Hollywood afterparty and if he was serious about getting some of these proposals in this speech, the tax hike on the rich, the spending programs, free community college, through Congress he'd be working the mainstream media, but he doesn't think any of that's going to pass and the White House doesn't believe most of it's going to pass and so, you know, he goes to the party and hangs out with GloZell. 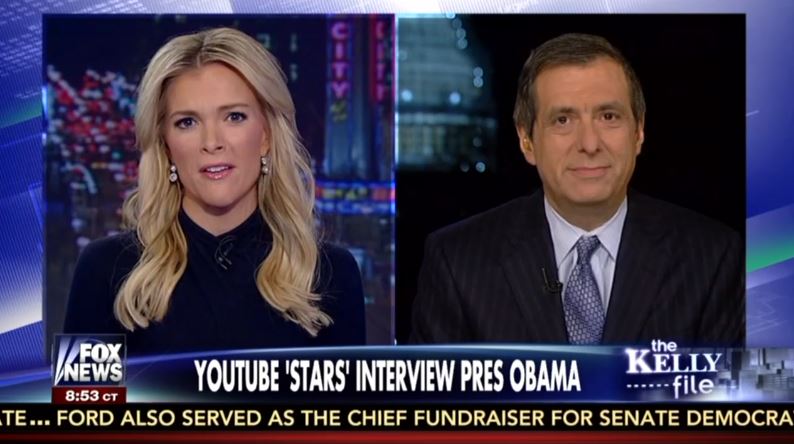 KELLY: If I ever get to interview the President I'm bringing a big picture of myself with crazy lipstick. I'm going to put it behind myself during the interview. I don't know how she managed to do that. That was impressive. Howie, good to see you.

KURTZ: She will be on the cover of New York Times Magazine after you are next Sunday, I bet.

KELLY: Thank you very much.