On Monday night, ABC and CBS covered the news that families of ten people who lost their lives in the deadly school shooting at Sandy Hook Elementary in 2012 were filing a lawsuit against gun manufacturer Bushmaster as it was maker of the rifle used by Adam Lanza in his horrific rampage.

ABC’s World News Tonight with David Muir mentioned it in a news brief while CBS Evening News with Scott Pelley had a full segment that, surprisingly, featured CBS News correspondent Don Dahler presenting a balanced report on the issue that included him pushing back multiple times against the attorney representing the ten families. [MP3 audio here; Video below]

After playing soundbites from the sister of slain teacher Vicky Soto and the attorney for the suit, Josh Koskoff, who both argued that Bushmaster needed to be held responsible for the deaths that took place, Dahler brought the opposing viewpoint into the discussion.

“But it is a legal, constitutionally protected product,” Dahler stated.

Dahler then reported that, while there are exceptions to a federal law that “limits civil liability for gun manufacturers,” the families must “prove Bushmaster sold a weapon with full knowledge it would be used to cause injury.”

Once again, Koskoff brushed that suggestion aside: “Well, statistics are funny sometimes, though, because if you're sitting in Jillian Soto's shoes or some of the parent’s shoes, that statistic really doesn't matter. For them, it was 100 percent.”

The complete transcript of the segment that aired on the CBS Evening News with Scott Pelley on December 15 can be found below. 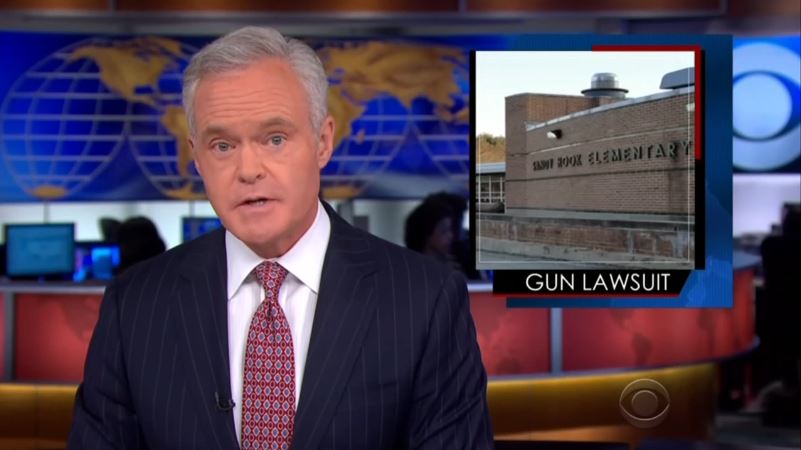 SCOTT PELLEY: Today, the families of nine people who were killed at Sandy Hook Elementary School sued the maker of the semi-automatic rifle that was used to gun down 20 first graders and six educators in Newtown, Connecticut. Yesterday was the second anniversary of that awful day. Don Dahler is covering the lawsuit.

DON DAHLER: Vicky Soto died trying to shield her students from a hail of bullets fired from a Bushmaster assault rifle. Her sister Gillian blames the gun maker.

GILLIAN SOTO: Bushmaster needs to be held accountable to an extent and realize that making this rifle and selling it to civilians isn't okay.

DAHLER: The Bushmaster Adam Lanza used is the civilian version of a military assault rifle. Josh Koskoff is the attorney representing the ten families.

JOSH KOSKOFF: It is a product that was made to kill the enemy in combat, efficiently and ferociously. There is no need for this product in our civilization and we can't secure these weapons from people who will do us harm.

DAHLER: But it is a legal, constitutionally protected product.

DAHLER: A 2005 federal law limits civil liability for gun manufacturers, but there are exceptions, including negligent entrustment. That means the families have to prove Bushmaster sold a weapon with full knowledge it would be used to cause injury.

KOSKOFF:  Well, statistics are funny sometimes, though, because if you're sitting in Jillian Soto's shoes or some of the parent’s shoes, that statistic really doesn't matter. For them, it was 100 percent. 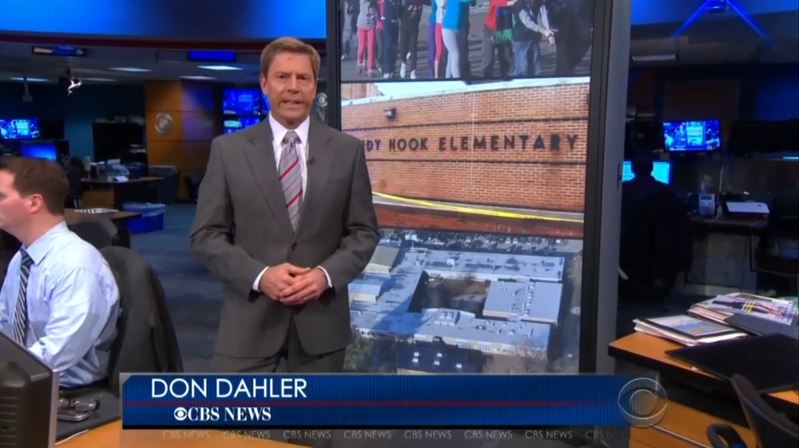 SOTO: Viki’s not a statistic. She's not just a number on a piece of paper. She’s a real person. She's my sister. She deserves to be here and she's not and something has to change.

DAHLER: Bushmaster told us they can't comment on pending litigation, but in recent similar lawsuits, they’ve won one and lost one. Bushmaster paid into a $2.5 million settlement in 2004 over the use of one of their rifles by the D.C. snipers, but in 2002, a federal judge ruled the gun maker was not to blame for a shooting spree that killed a postal worker.