The Catholic Church has been a bedrock of traditional morals for hundreds of years of world history. It would be remiss if the Church didn’t intervene in the clear error of 21st century gender theory. Thankfully, the Green Bay Diocese has affirmed the gender binary as the truth in a recent change to its education policy manual, reported by Catholic News Agency July 13.

The diocese contains around 9,000 students and 12,000 people who attend religious education classes, according to CNA. The clause they added prohibits the use of pronouns and wearing clothing that do not align with a person’s biological sex. The policy came into effect July 1 and punishments for violations are corrective action, suspension, or expulsion.

Finally, someone put the hammer down on the nonsense.

The policy states, “The Church teaches that our identities as male and female are part of God’s good design in Creation, that our bodies and sexual identities are gifts from God, and that we should accept and care for our bodies as they were created.” 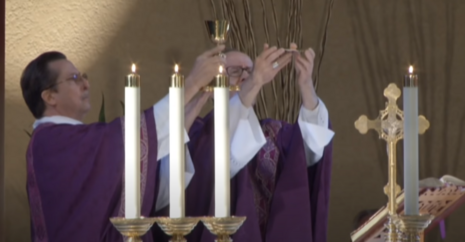 Similar policy was enacted in the Diocese of Lansing in January 2021, where parishes, charities, and schools were required to recognize persons by their biological sex.

Richard Budd, Director of the Office of Marriage and Family Life at The Diocese of Lansing, said “Gender dysphoria is a real psychological condition which causes real human suffering that has to be met with genuine compassion, rooted in truth and love, and accompanied by the highest standards of pastoral care.”

The Church is not only pushing back against idealogues, it’s committed to helping people with a real psychological condition get better.

The Congregation for Catholic Education in 2019 issued a scathing critique of leftist gender nonsense and its hostility to life and family, saying “[In gender theory] the only thing that matters in personal relationships is the affection between the individuals involved, irrespective of sexual difference or procreation which would be seen as irrelevant in the formation of families,” according to CNA.

It’s good to see the church push back against the horrible ideas of the Godless left, and take real action to fight them in education, where their indoctrination of children is most potent.