In yet another instance of blasphemy from the baby killers, activists strung a massive banner reading “God Bless Abortions” across the Christ of the Ozarks monument in Eureka Springs, Arkansas. 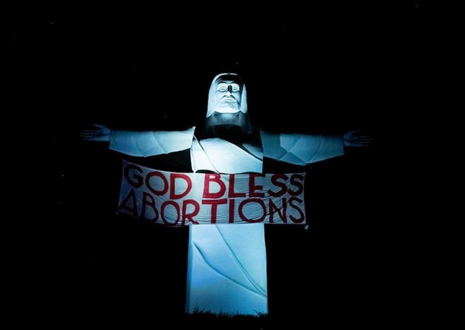 The covert operation took place overnight on July 9. KNWA FOX 24 reports, “Guerilla art collective Indecline said in a press release that it is responsible” and that the banner is a “piece of protest art ‘in direct response to the dramatic attempts being made in Arkansas and throughout the South, to ban abortion services to women in need.’”

The Christ of the Ozarks is a monumental sculpture depicting Our Lord with outstretched arms atop Magnetic Mountain, as though He is embracing the whole valley below. The 65.5-foot-high statue was erected in 1966 and has been the biggest attraction in the Ozarks since. The Christ of the Ozarks is one of the five giant statues of Christ in the world and one of the only two in North America. It is no surprise that Indecline chose such a site to desecrate.

And Indecline is clearly proud of their work.

“The heavy duty cloth banner carrying the message, spans 44 feet, weighs over 50 pounds and is equipped with locking mechanisms and pulleys. Last night, it was transported through the nearby woods, smuggled onto the property by a small team disguised as a construction crew and strung up just before sunrise. This is not the first project the collective has unveiled pertaining to this issue and it is unlikely to be the last.”

"In an effort to raise support funds for the Arkansas Abortion Support Network, INDECLINE will be selling commemorative “God Bless Abortions” t-shirts through their website https://www.indeclinemerch.com/. "

The sick activists are advertising a baby-sized version of their baby-murder t-shirt as well. 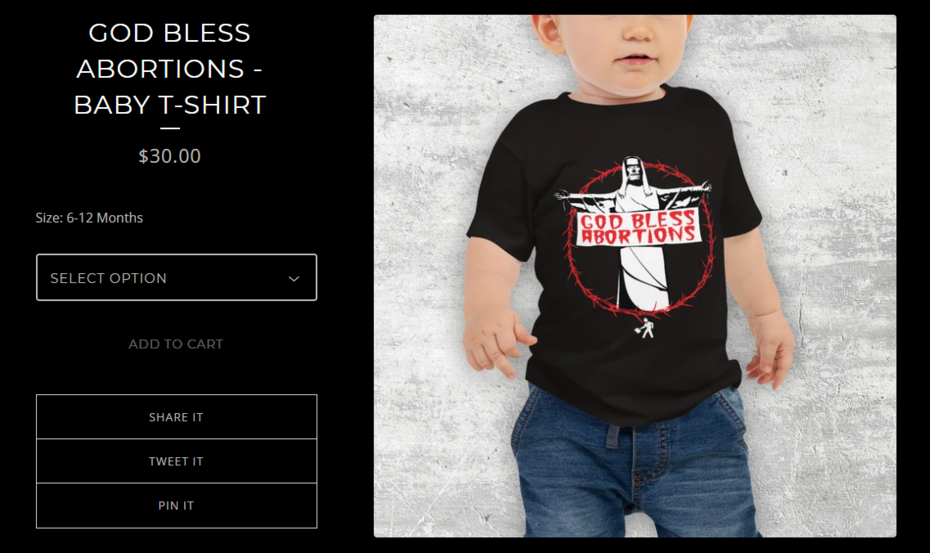 And it's not the first time the group has taken aim at religious pro-lifers. Back in March, the far-left "art" activists vandalized a pro-life Christian billboard in Mississippi. The billboard which is located on the Northwest side of the interstate in Byhalia, Mississippi, originally read “WORRIED? Jesus offers security.” Such a sentiment was naturally uncool to this group of heathens and, as a result, they marred the sign to say “WORRIED? Planned Parenthood offers abortions.”

Indecline stated at the time that it was “in direct response to lawmakers throughout the South who continue their attempts to overturn Roe v. Wade.”