You know it's bad when a North Korea Defector is decrying American higher education as a regressive, socialist propaganda machine. Obviously, she knows of what she speaks. 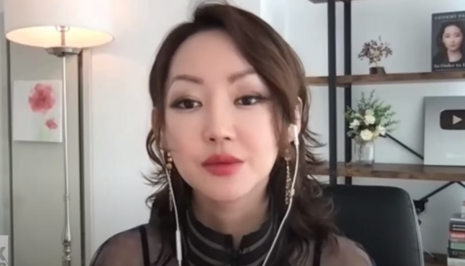 Yeonmi Park, who escaped from North Korea at the age of 13, has a grim outlook on the fate of the U.S. After her experience as a student at Columbia University in New York, she was shocked to learn just how brainwashed Americans have become. “I thought North Koreans were the only people who hated Americans, but turns out there are a lot of people hating this country in this country,” she said.

Park told Fox News, “I expected that I was paying this fortune, all this time and energy, to learn how to think. But they are forcing you to think the way they want you to think. I realized, wow, this is insane. I thought America was different but I saw so many similarities to what I saw in North Korea that I started worrying.”

The suffocating political correctness Park encountered within the Ivy League will lead to complete eradication of critical thought, she warns. "You guys have lost common sense to a degree that I as a North Korean cannot even comprehend," she said. Moral relativism and nihilism has become the new creed. Park asks, “Where are we going from here? There’s no rule of law, no morality, nothing is good or bad anymore, it’s complete chaos.”

“Trigger warnings” and “safe spaces” comprise the current setting of America’s most prestigious and challenging learning environments. For Park to encounter this pathetic display of political correctness and weak mindedness among those who should be the best and the brightest intellectuals America has to offer is both embarrassing and alarming. Park recounts how professors permitted students to have the option to opt out of specific classes/discussions whenever course material could potentially threaten their delicate sensibilities. Academic rigor has been replaced by classroom coddling, except when it comes to white males of course. “Every problem, they explained to us, is because of white men,” Park said.

The New York Post reported on Park’s experience, that “In one class, a teacher discussing Western Civilization asked students if they had a problem with the name of the topic – most students raised their hands, according to Park. Some, she said, mentioned issues with the “colonial” slant of the discussion.” Then to emphasize the severity of cringe behavior within the university classroom, Park explained that requesting the preferred pronouns of each student has become normal procedure by professors at the onset of class.

"English is my third language. I learned it as an adult. I sometimes still say 'he' or 'she' by mistake and now they are going to ask me to call them 'they'? How the heck do I incorporate that into my sentences?"

The state of woke institutions within America are “chaos” according to Park. Her experience “felt like the regression in civilization.” She was perplexed and frustrated to see Americans willfully surrendering their rights. “Voluntarily , these people are censoring each other, silencing each other, no force behind it,” she said. “Other times (in history) there’s a military coup d’etat, like a force comes in taking your rights away and silencing you. But this country is choosing to be silenced, choosing to give their rights away.” Additionally. Park said "The people here are just dying to give their rights and power to the government. That is what scares me the most.” There is no sense to it. Unlike North Korea, where the population is completely cut off from the rest of the world and controlled by the North Korean regime, Americans have freedom of thought and access to information. Even so, they allow themselves to be manipulated.

Park concluded by determining the intended outcome: "I guess that's what they want, to destroy every single thing and rebuild into a Communist paradise."