UFC President Dana White doesn’t back down from any fights, especially not with the media. 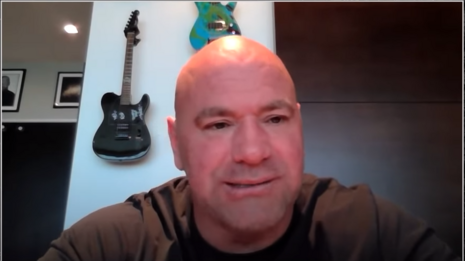 In a recent interview on Wednesday's Colin Cowherd Podcast, the Ultimate Fighting Championship President trashed the media as being “full of sh--” when asked whether or not UFC needs the media. White ultimately conceded that the media is necessary to the UFC, but not without expressing his issue with them. He explained the problem being the convoluted nature of the beast; that the trouble lies in “determining who’s media and who’s not.”

White explained further, “Anybody that creates a f—ing website now considers themselves media. If they have an Instagram, now they can become media. Most of these people are full of s— and have no place writing or talking about anything. But there are some real good media people out there still.” White provided a fair assessment, one that Journo types love to hate on him for.

White’s hostility towards the media comes as no surprise. He has been targeted by ill intentioned new outlets on many occasions. White caught heat from New York Magazine because of his positive relationship with President Trump and especially during the initial Covid-19 lockdowns of 2020. White continued to schedule fights contrary to CDC recommendations and completely disregarded directions from federal and state governments, even amidst an onslaught of negative media attention. Clearly the man does what he wants.

In a February 18 article, The Guardian accused White of “discrediting journalists and making them the target of hate and ridicule” after he released a response video to the critics of his continued fights during the pandemic. White challenged them directly, “I’m not afraid of the media. Why should anyone listen to the media? Who are these people? What makes them experts? What have they ever accomplished?” How dare he question the authority of the liberal media!

The volatile relationship White shares with the press is understandable considering how he expressed to Cowherd that “Every time I read something, it makes me crazy.” White said, “I don’t read anything anymore. I try to stay away from it.” He also added, “I wouldn’t say that we don’t need the media. I think that there are a lot of people out there that have a fan base and following and have their own opinions and perspectives on things that people want to see and hear. I think we do need the media.”

White’s fearless confrontation with journalists is commendable, especially now that they have become more emboldened in their efforts to manipulate and misinform the public.